German and Italian natural gas futures listed on the Intercontinental Exchange (ICE) hit fresh highs in May amid a scramble in Europe to secure supplies in the months since Russia invaded Ukraine. 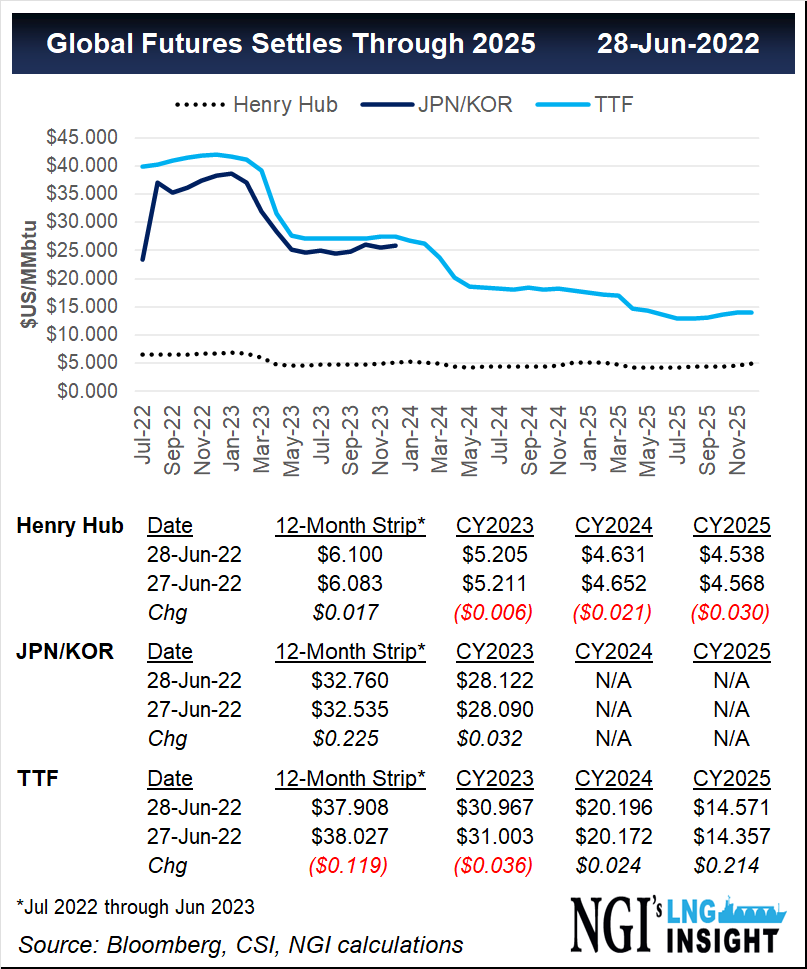 The Spark30S Atlantic contract saw six monthly lots of 3Q2022 transacted, taking volume to more than 100 lots. The contract is based on LNG freight spot price assessments by Spark Commodities and allows market participants to manage price risk for round-trip voyages between the U.S. Gulf Coast and Northwest Europe.

Most U.S. LNG has been delivered to Europe this year as the continent looks to refill storage inventories ahead of winter and displace Russian supplies. That’s created sharp spikes in the rates to charter vessels.

Japan-Korea Marker futures volumes reached 32,292 lots, up by roughly a third from April’s figure. Trading of the Asian LNG benchmark has been slower this year as buyers in the region have been less active due to higher spot prices and stronger inventories.

In North America, ICE said Henry Hub futures volumes were again strong in May at about 9.5 million lots traded during the month. Futures volumes from January through May were up 35% compared to the same period last year.