EQT Corp. on Tuesday defended U.S. natural gas producers and argued for boosting exports in a lengthy rebuttal to claims last month by Sen. Elizabeth Warren (D-MA) that “corporate greed and profiteering” are to blame for the sharp rise in energy prices this year. 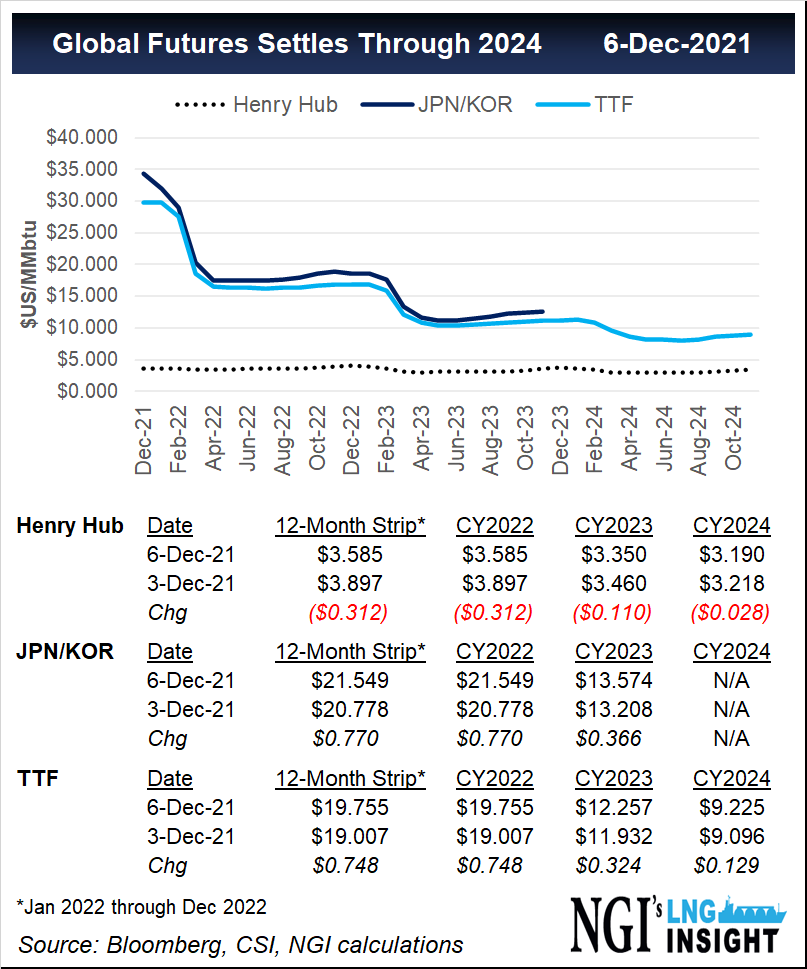 CEO Toby Rice sent a nine-page response to Warren’s Nov. 23 letter to nearly a dozen of the nation’s leading gas producers raising concerns about rising prices and their impact on consumers. She also requested more information about how the companies have benefited from international gas exports and what they’ve invested in alternative energy.

Rice said if anything the country should increase its liquefied natural gas (LNG) exports in particular to displace dirtier fuels like coal across the world.

“Ramping LNG in a manner that specifically targets the replacement of foreign coal, particularly in China, represents the largest, fastest and most proven opportunity for the United States to address global climate change,” Rice said. “That’s the price — reducing emission levels at a pace we’ve never seen, while simultaneously providing the world with cheap, reliable and clean energy.”

Rice argued that replacing China’s planned or under construction coal power plants with gas-fired facilities alone could slash 370 million metric tons of carbon dioxide total. He said the amount was “roughly equivalent to the emissions reduction impact of the entire U.S. renewables sector.”

Rice noted that the average U.S. gas price for 2021 is significantly below the 20-year average of $5.70/Mcf. Even as production has doubled since 2005, the country has seen a steep reduction in methane emissions by an amount that’s in line with the decrease seen across the European Union over that time, he noted.

“Yes, the price of natural gas has increased rapidly relative to 2020 as the economic engines of the world have reignited, but natural gas prices in 2020 were the lowest in over two decades, a year during which we exported LNG,” Rice wrote. “In fact, because of the shale gas boom and companies like EQT, the United States consumer has benefited from, and continues to benefit from, some of the lowest natural gas prices in the world.”

Henry Hub spot prices have nearly doubled year/year, going from an average of $2.11/MMBtu last year to $4.13 through November, according to the Energy Information Administration (EIA).  The closing price for Henry Hub front month futures have settled at highs not seen since 2009 over the last two months, averaging $5.57 in October and $5.12 in November. Lower storage inventories and stronger demand in the electric power sector have played a strong role in the increase.

Mild weather and balmier forecasts for December have more recently weighed on prices, but LNG exports have ramped significantly in 2021 amid strong overseas demand and sky-high prices in Asia and Europe.

U.S. LNG exports averaged 6.5 Bcf/d last year. They’re expected to average 11.1 Bcf/d from December to February, according to the EIA. Traders have increasingly watched export flows as LNG now accounts for roughly 10% of U.S. gas demand. Volatility at Henry Hub has also mirrored volatility in Asia and Europe at times throughout the year as the global gas market becomes more interconnected.

Some groups, including the Industrial Energy Consumers of America, have blamed exports for the jump in prices. The group has also lobbied vocally for curbing exports, arguing that it’s in the public interest to keep LNG exports limited to surplus supplies.

Executive director Charlie Riedl of the Center for LNG said blaming exports alone for the jump in prices is shortsighted.

“LNG exports are not the root cause of higher natural gas prices this winter, and stating that they are is misleading,” he told NGI. “A variety of factors such as lingering Covid-19 impacts, weather, storage and supply have impacted the market this winter, but we have seen production rising to meet demand, which is one of the reasons why prices are currently trending downward, signaling that the market is working as intended.”

EQT is the nation’s largest gas producer. Like many of the companies Warren sent letters to seeking information about exports, EQT does not have contracts to move LNG overseas. Prior to 2018, the company did not export any gas, the company said in response to specific questions from Warren. In 2018, the company began sales to Canada representing no more than 3% of annual production.

“We have never considered cutting, suspending or ending exports of natural gas, if for no other reason than that we do not have the contractual ability to do so,” EQT management said.