A federal court on Thursday paused a rescission by the U.S. Environmental Protection Agency (EPA) of Obama-era regulations to curb methane emissions from the oil and gas industry. 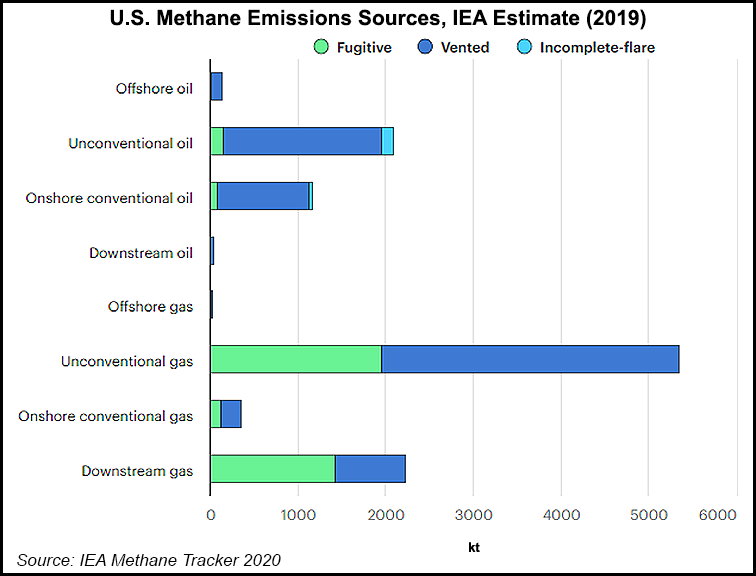 Swift legal action against the sweeping rule change had been promised by environmental advocates, and judicial intervention had been widely anticipated by experts.

The U.S. Court of Appeals for the District of Columbia Circuit ordered an administrative stay of the rule change, pending review of a request by 10 environmental groups led by the Environmental Defense Fund (EDF) for summary vacatur.

“The D.C. Circuit’s action…ensures our nation’s long standing and life saving climate and health safeguards addressing oil and gas pollution will remain in place while the court considers our request to suspend the administration’s unlawful action rescinding them.”

In the lawsuit filed last Tuesday, the petitioners said methane, the principal component of natural gas, “traps over 80 times more climate-destabilizing heat than a pound of carbon dioxide over a 20-year timeframe.”

In order to curb emissions of the potent greenhouse gas as well as smog-forming volatile organic compounds from the burgeoning U.S. oil and gas industry, the EPA in 2016 under President Obama enacted the Oil and Natural Gas Performance Standards (NSPS).

“But following the change in administration in 2017, the agency launched a campaign to stay, weaken and rescind these protections,” the lawsuit said. The plaintiffs argue that the rescission of the methane standards would result in more than 3.3 million metric tons/year of preventable methane emissions, equal to the annual carbon dioxide (CO2) emissions of more than 60 million cars.

Industry groups including the American Petroleum Institute, Texas Independent Producers and Royalty Owners Association and Petroleum Alliance of Oklahoma had praised the rescission of the methane rules, calling them “redundant” and unnecessarily costly for the industry.

“The tragic wildfires across the West and hurricanes and floods in other parts of the country are clear signs that we must do more to reduce climate pollution,” EDF senior attorney Rosalie Winn said Tuesday, adding that reducing methane from oil and gas operations “is the fastest, most effective way to slow the rate of global warming right now.

“Instead, the Trump administration’s attack on the oil and gas methane pollution reduction standards will leave us even more vulnerable to climate change.”

The lawsuit also noted that the Trump administration’s rescission of the methane rules “takes effect immediately, forgoing the usual 60-day effective date for significant rules without any explanation of why immediate effectiveness is warranted.”

EPA was given 10 days to respond to the administrative stay.

Separately, a coalition of 24 states and municipalities led by California Attorney General Xavier Becerra and the California Air Resources Board (CARB) on Sept. 14 filed a separate lawsuit with the D.C. Circuit Court against the rescission of the methane rules.

Democratic presidential candidate Joseph R. Biden Jr. has adopted what would be the most aggressive climate agenda of any president in history if elected, including a carbon emissions-free power sector by 2035. He has had to walk a fine line, however, with voters in the all-important swing state of Pennsylvania, Biden’s birthplace and home of the mighty Marcellus Shale natural gas play.

Biden’s stance on drilling oil and gas wells using hydraulic fracturing (fracking) in particular has been scrutinized from all sides of the issue.