After being rescued from a Wisconsin tribal lawsuit by the Canadian government regarding its Line 5 oil pipeline, Enbridge Inc. has made a corporate vow to improve relations with native communities across North America. 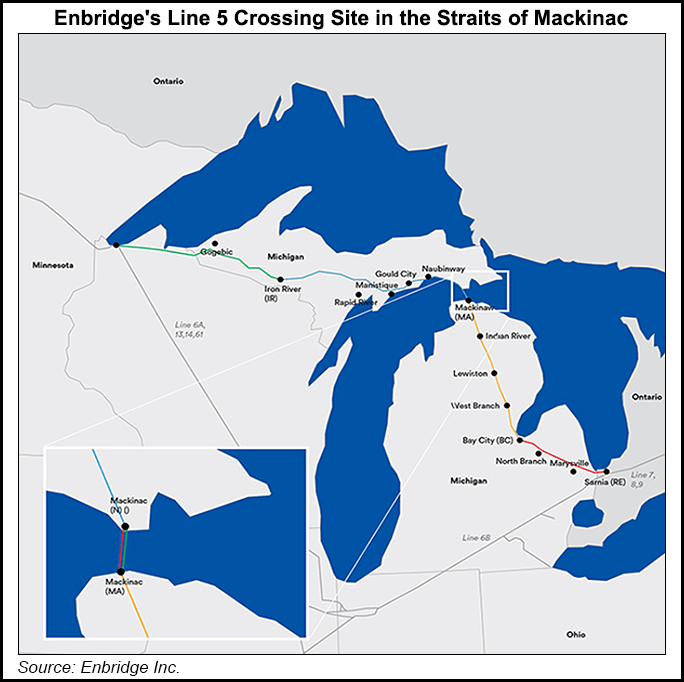 “We recognize the deep and meaningful connections that Indigenous nations have to water, land and the environment,” Enbridge management said in a 36-page Indigenous Reconciliation Action Plan (IRAP).

The Calgary-based pipeline and utility conglomerate acknowledged that its network is rife with potential native rights sore spots. “Enbridge has consulted and engaged with more than 340 Indigenous groups in Canada and the United States,” the company stated.

The IRAP makes 22 commitments that “require us to focus on our role as an energy company whose projects and operations span treaty and tribal lands,” as well as the Canadian National Métis Homeland, along with unceded lands and the traditional territories of indigenous nations, tribes, governments and indigenous groups.”

Among the commitments, Enbridge set a target of growing native employment to 3.5%. The figure would about match the estimated native share of the North American population. Work on the IRAP included 50 native representatives.

Native cultural awareness training is to be compulsory for all Enbridge staff, according to the IRAP. Quarterly native participation “sharing circles” also are to be held. An indigenous economic development task force and a native environmental advisory group are planned.

Native suppliers, contractors and environmental field workers would be sought under the plan. Enbridge management said early recruitment efforts have had encouraging results in British Columbia (BC), a hotbed of strained tribal relations with industry.

A verdict earlier this month by U.S. District Court Judge William Conley agreed that the Lake Superior Chippewa Bad River Band had a valid trespass case to remove a 12-mile leg of the 540,000 b/d Line 5 across its reservation.

The verdict only rejected an immediate injunction to halt oil flows to the U.S. Midwest, Ontario and Quebec after Canadian Foreign Affairs Minister Melanie Joly invoked a dispute settlement procedure of a 1977 Pipeline Transit Treaty. A five-year reprieve was granted from a pipe closure to build a 41-mile detour around the reservation.

The IRAP also cited  an Alberta carbon capture and storage (CCS) project near Edmonton to demonstrate Enbridge is prepared to pioneer native business participation on a large scale as a route for replacing conflict with cooperation.

A First Nation Capital Investment Partnership of the Alexander, Alexis Nakota Sioux, Enoch Cree and Paul tribes would have up to 50% ownership of Enbridge’s planned Wabamun Carbon Hub for 4 million tons/year of greenhouse gas.

Industry environmental services have been attractive to natives. Alexander First Nation chief George Arcand called the Wabamun project “sustainable economic sovereignty for our communities. We are creating a healthy future for the next seven generations to thrive.”