U.S. LNG exports are now expected to drop to 10.5 Bcf/d in the second half of this year following the prolonged outage at the Freeport LNG terminal on the Texas coast, the Energy Information Administration (EIA) said in an updated forecast. 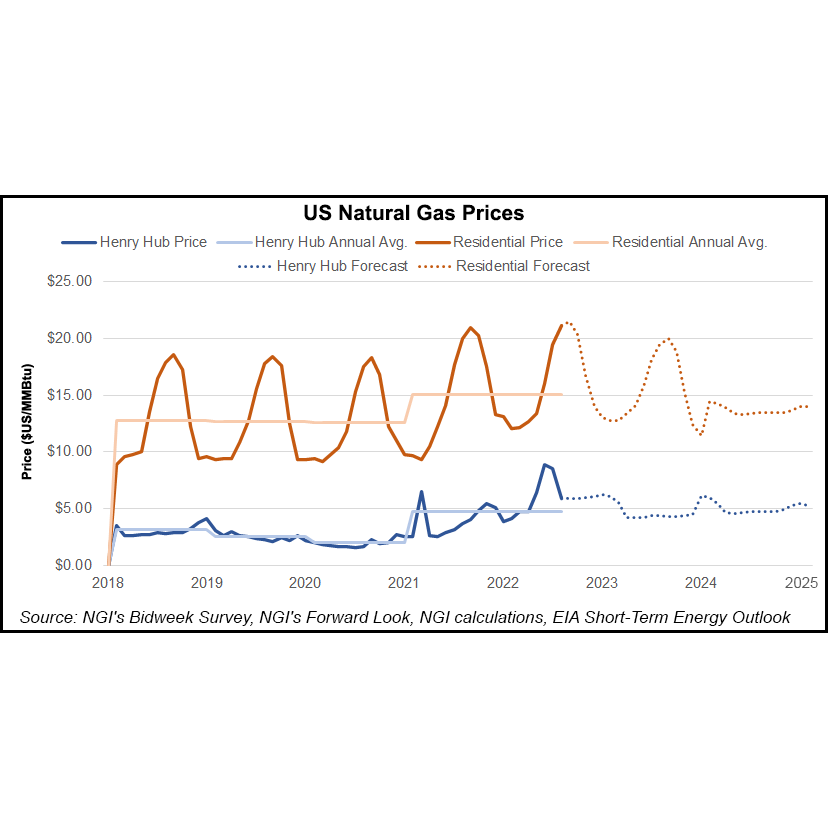 The 10.5 Bcf/d estimate for liquefied natural gas exports in the second half of the year, included in the agency’s latest Short-Term Energy Outlook Tuesday, reflects a 14% drop from month-earlier projections. For full-year 2022, EIA expects U.S. LNG exports to average 10.9 Bcf/d before rising to 12.7 Bcf/d in 2023.

The agency’s modeling assumes a return to full service at the 2.0 Bcf/d Freeport terminal by January 2023.

“Strong natural gas demand and high LNG prices in Europe and Asia drove the continued growth in U.S. LNG exports in the first half of this year,” researchers said. “During the first five months of 2022, the United States exported 71% of its LNG to Europe, compared with an annual average of 34% last year.”

Natural gas spot prices at Henry Hub averaged $6.07/MMBtu through the first six months of 2022, according to the latest STEO.

“The average price increased in each month from January through May, when it reached $8.14 before declining to $7.70 in June,” researchers said.

For the latest STEO, EIA modeled an average spot price of $5.97 at the national benchmark for the second half of 2022, with prices expected to average $4.76 for full-year 2023.

“The similar share of natural gas generation despite higher prices results partly from our forecast that electricity generation from coal will decline from 23% of the total in 2021 to 21% in 2022 and 20% in 2023,” researchers said. This “reflects the continued retirement of coal-fired generating capacity and other coal market constraints.”