Houston-based Sanchez Energy Corp. late Tuesday said it had completed a financial restructuring and emerged from bankruptcy as Mesquite Energy Inc., a private explorer still intent on keeping its focus in the Eagle Ford Shale. 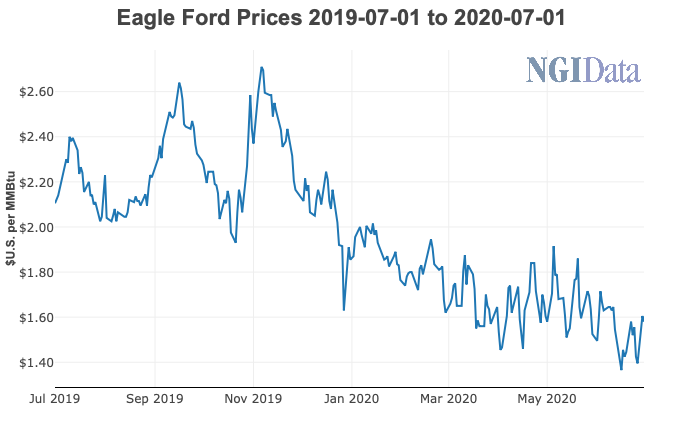 The reorganization under Chapter 11, begun in 2019, eliminated nearly all of the $2.3 billion debt.

“We are excited to begin our new chapter as Mesquite Energy, a simpler and leaner company, guided by our core principles of cost discipline and production efficiency to create long-term value for our stakeholders,” said interim CEO Cameron W. George, who was CFO of Sanchez and who remains the financial chief for Mesquite.

“With a clean balance sheet and substantial repositioning of our cost structure, we have taken the hard but necessary steps to become profitable in this low commodity price environment.”

The company has “navigated truly unprecedented times, including the ongoing pandemic, global market volatility and a commodity price collapse in which oil prices fell below zero for the first time. Our successful emergence today is a testament to our resilience as a company and the tireless work and commitment of our entire team.”

Like George, Sanchez general counsel Gregory B. Kopel is retaining his title at Mesquite.

Sanchez for years has worked in the Eagle Ford within the Catarina, Cotulla, Marquis and Palmetto formations. It also has plied its expertise in the Tuscaloosa Marine Shale.

The reconstituted Mesquite board now includes Fidelity Investments managing director Nathan H. Van Duzer, who is in Special Situations, where he leads a team responsible for corporate reorganizations. Apollo Group Management Inc.’s Wilson B. Handler, a partner in the Natural Resources Group, also has been named to the board.

In addition, Harry F. Quarls is on the Mesquite board. He now serves as chairman of Key Energy Services and Sunrise Oil & Gas, and he previously was chair of Penn Virginia Corp., SH 130 Concessions Co., Trident Resources Corp., Woodbine Acquisition Corp. and US Oil Sands Corp.