Scores of natural gas producers and local distribution companies (LDCs) have lined up to intervene in a complaint proceeding, Norstar Operating LLC vs. Columbia Gas Transmission, saying the outcome of the case at FERC could have widespread ramifications for the industry.

“Commission action on the Norstar complaint could have significant, industry-wide implications for [American Gas Association] member companies who are keenly affected by gas quality issues,” the AGA, which represents gas utilities, said in comments filed recently at the Federal Energy Regulatory Commission [RP06-231].

In a Section 5 complaint filed at FERC in late February, Norstar Operating accused Columbia Gas of using an allegedly unauthorized gas quality specification to refuse its request for an interconnect to the pipeline. Intervenors are concerned a decision in the case could set FERC policy on gas quality standards.

Specifically, Norstar claimed Columbia denied its bid for an interconnect because the casinghead gas production from the producer’s well in Ohio did not satisfy a 4% nitrogen standard that was set forth in the pipeline’s “standard meter agreement.” But the Centennial, CO-based producer argued that Columbia’s meter agreement was not filed with FERC and was not part of Columbia’s FERC gas tariff. It accused the NiSource-owned Columbia pipeline of violating the Natural Gas Act and its tariff (see Daily GPI, Feb. 28).

“Columbia should not refuse to accept gas based on quality specifications not contained in its tariff, unless it constitutes an immediate and critical operational risk to its system integrity,” said Indicated Shippers, which included producers BP America Inc. and ConocoPhillips that also have production attached to Columbia’s system.

“Producers of natural gas delivered into Columbia’s system would not benefit from, and indeed would likely be harmed by, serious damage to Columbia’s pipeline facilities. It is, therefore, not in producers’ interests for Columbia to experience damage due to excessive nitrogen or some other impurity in the gas stream. However, the requirements imposed by Columbia’s tariff should be consistent with the objective of maximizing the safe flow of the maximum quantity of gas possible. This means that Columbia must operate its system safely, while not imposing unnecessarily restrictive limitations on the gas it will accept for transportation,” the producer group noted.

“Tariff provisions that give a pipeline the authority to impose ‘additional’ gas quality specifications and restrictions to those spelled out in the tariff without adequate protections for its shippers are contrary to Commission policy,” it said. “A pipeline should not be permitted to refuse service, thereby effectively shutting in gas supplies, based on a quality requirement that is not contained in the tariff.”

“This case again points to the need for broad Commission action” on natural gas quality standards, said the Independent Petroleum Association of America (IPAA), which represents independent producers. “This case involves one well, trying to interconnect with one interstate. This case did not receive coverage in the energy trade press. It very well could have been decided with very little industry participation and input. However, the outcome could have implications for how other interstate pipelines develop and resolve gas quality standards and ensuing disputes. The Commission should not allow such important tariff issues and public policy issues to be determined in individual cases,” the group noted.

The IPAA called on FERC to “expeditiously resolve” the dispute between Norstar and Columbia, and to undertake a broad rulemaking to establish procedures for pipes and their customer to develop gas quality standards.

If Columbia’s denial of an interconnection is upheld, it “could be used as an excuse to reject Ohio gas or other regional gas in favor of gas produced in another part of the country,” said the Ohio Oil & Gas Association (OOGA), which represents producers in the state.

Small-volume producers in the Appalachian Basin have historically delivered gas into the interstate pipeline system without processing and without incident, the Ohio producer group noted. However, “OOGA has long been concerned that these historical deliveries…may be completely disregarded by some interstate pipelines in order to impose new and significant gas quality standards and costs on domestic gas supplies… And that very concern is raised here.”

A number of small LDCs in Kentucky and Ohio also asked to intervene in the case, saying that as customers of the Columbia system they could be significantly affected by the outcome of the Norstar complaint. 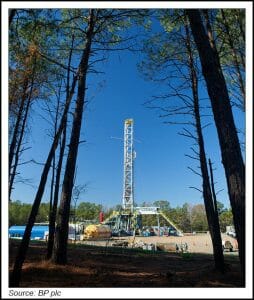 Global natural gas demand is forecast to recover and eclipse 2019 levels by the end this year, with liquefied natural gas (LNG) consumption set to climb in Asia, according to BP plc. The London-based integrated energy major delivered its second quarter results on Tuesday, offering a robust outlook for natural gas and oil, even as…