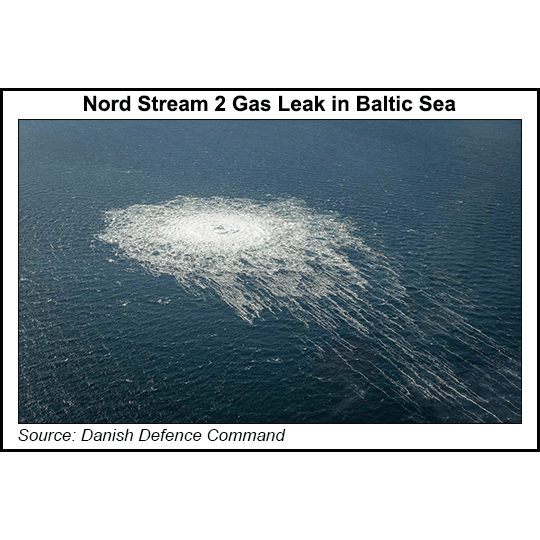 Sweden’s counter-espionage and counter-terrorism officials disclosed some of the first official conclusions into the incident since gas leaks in the Baltic Sea were detected in late September.

“The crime scene investigation has shown that there have been detonations near Nord Stream 1 and 2, within the Swedish economic zone, resulting in extensive damage to the gas pipelines,” Security Service officials said.

The Security Service said the investigation to date has “strengthened the suspicions of gross sabotage” but it avoided disclosing a potential culprit behind the attack on critical infrastructure. Since the event, European and Russian officials have traded accusations that the damage could be an attack to stoke geopolitical tensions.

The Security Service reported seizing “material” during the investigation that is being analyzed with the hope “anyone can be suspected of, and later prosecuted for, this crime.”

Hours after the leaks were detected, Norwegian naval forces disclosed that security alerts were raised after unidentified drones were spotted in the area. The potential explosions damaged both strings of the operational NS1 system, which was down for extended maintenance. The explosions also damaged one string of the NS2 system, not yet in service.

European trading firm Energi Danmark wrote mild weather forecasts and “ample supply from Norway” had been stabilizing markets. However, prices could likely change as traders awaited news from the European Commission (EC) on a potential price cap for imported gas.