Continental Resources Inc., the biggest operator in the Bakken Shale, said it dramatically cut oil production and intends to reduce its rig count after posting a steep first quarter loss amid the cratering in oil prices. 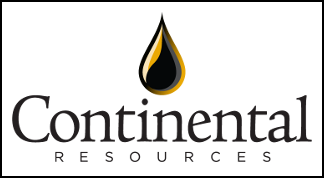 The Oklahoma City-based producer founded by Harold Hamm also pulled its 2020 guidance, citing the uncertainty of a market hamstrung by excess crude supplies and weak demand because of the coronavirus pandemic.

“We’re not going to oversupply an oversupplied market,” Hamm, executive chairman, told analysts on an earnings call Monday. “The market share capture rate that the U.S. was pursuing in the past probably was not sustainable.”

While curtailing oil production in the current quarter, the company is “selectively targeting sales that maximize our natural gas production to take advantage” of new momentum in gas prices, CEO Bill Berry said on the call.

Continental has scaled back by 70% its May oil output. It plans to reduce current operating rigs to four from five later this year. In April, the company reportedly halted drilling in North Dakota and shut-in wells. North Dakota overall produced more than 1.4 million b/d last year, second only to Texas, but output has plunged this year.

It is part of a larger trend. Several other companies have or plan to cut oil production, including Cimarex Energy Co. and ConocoPhillips. The reductions followed a weeks-long price war between Russia and Saudi Arabia as well as demand fallout from stay-at-home orders intended to slow the spread of the coronavirus.

“Everyone needs to continue to cut back as the slump continues,” Hamm said.

He noted as positive — and overdue — news on Monday that Saudi Arabia’s energy ministry announced plans to reduce oil production by an additional 1 million b/d starting in June. This would bring Saudi output to about 7.5 million b/d, down nearly 40% from April, when it was saturating the market as it waged the price battle with Russia.

The move Monday followed cuts that the Organization of the Petroleum Exporting Countries (OPEC) and its allies agreed to last month to curb the oil-price collapse. The latest reduction combined with the OPEC cuts would bring Saudi Arabia’s total reduction to about 4.8 million b/d below its record production level in April, according to the Saudi news agency.

The price plunge was so severe that Hamm last month sent a letter to the Commodity Futures Trading Commission to investigate crude futures for possible market manipulation or system failures following an April 20 drubbing in West Texas Intermediate prices.

“The sanctity and trust in the oil and all commodity futures markets are at issue as the system failed miserably,” Hamm wrote.

Continental, which in March reduced its capital expenditures (capex) by 55% from 2019, said it is now 3-5% below previously revised $1.2 billion capex budget. It also expects to lower its general and administrative expenses for 2020 by about $55 million.

“This has been an unprecedented global market environment, which has seen crude oil demand fall by approximately 30%” because of the pandemic, Berry said. “Continental is committed to preserving value over volumes.”

Continental lost $185.7 million (minus 51 cents/share) in 1Q2020, compared with net income of $187 million (50 cents) a year earlier. Property impairments soared to $222.5 million in the first quarter from $25.3 million a year earlier from low commodity prices. The company also took a $24.5 million impairment on the value of its crude oil inventory. Revenue fell 22% from a year earlier to $880.8 million.

Continental suspended its dividend and share repurchase program, saying it would prioritize liquidity and debt reduction this year in the face of fierce revenue headwinds. The company had $517.6 million cash at the close of 1Q2020 with debt of $5.97 billion.