Executives of debt-laden Constellation pledged Wednesday to rebuild the company’s balance sheet, and along with EDF, position themselves in the vanguard of America’s “nuclear renaissance.” Buffett can hardly be considered a loser, however, as breakup terms and compensation for his failed bid are valued at more than $590 million.

Constellation Energy Nuclear Group owns 3,869 MW of nuclear generating capacity, which consists of the Calvert Cliffs plant in Maryland, and Nine Mile Point Nuclear Station and the R.E. Ginna plant in New York. EDF Development’s interest in the group will be structured as a new joint venture of the companies separate from their existing UniStar joint venture.

In France, where nuclear power is prevalent, EDF is controlled by the state. Besides its home country, EDF is active on the nuclear front in the United Kingdom, China and South Africa and has been building a presence in the United States, where it already has a joint venture with Constellation.

Under the terms of the deal, EDF Group will also make several investments to strengthen Constellation’s liquidity position:

“This agreement with EDF Development Inc. provides an opportunity for Constellation Energy shareholders to achieve greater value for the company’s significant asset base,” said Constellation CEO Mayo A. Shattuck III. “As the largest owner of nuclear plants in the world, EDF Group brings experience, scale and financial strength to Constellation Energy’s future.”

Shares of Constellation plunged nearly 20% Wednesday to close at $23 on trading volume that was twice the norm.

In the U.S., EDF Group and Constellation have an existing partnership through their UniStar venture to build, own and operate nuclear generation. EDF Group is also a provider and developer of wind and solar generation in the U.S. through EDF Energies Nouvelles’ U.S. subsidiary, enXco.

EPR is a design developed by AREVA, another French company, that is being reviewed by the U.S. Nuclear Regulatory Commission. EPR and Toshiba’s Advanced Boiling Water Reactor (ABWR) are the only two reactor designs under consideration for new projects that have the benefit of previous construction, according to Standard & Poor’s Ratings Services (S&P). EPR will benefit from the experience of four units that are under construction internationally, and four ABWR units are operating in Japan, S&P said.

“EDF Group has long believed that there are significant benefits to be realized between the development of new nuclear assets and the operation and ownership of existing nuclear facilities, such as those owned and operated by Constellation Energy,” Gadonneix said. “Through this agreement, we can capitalize on these benefits and EDF Group’s nuclear expertise to drive further growth to the benefit of shareholders, customers and employees of both EDF Group and Constellation Energy.”

More than with other forms of generation, such as gas- and coal-fired, nuclear operators rely on the economies of scale derived from large fleets as well as standardization of designs across plants to reduce costs. France’s nuclear industry has been a particular beneficiary of standardization.

On a conference Wednesday call to discuss the deal, Shattuck and Constellation CFO Jonathan Thayer pledged to right the company.

“Over the past three months we have made significant progress in our risk reduction efforts,” Shattuck said. “We have reduced our long power position by 21.7 million MWh; we have also converted our power length into a heat-rate position. We are making excellent progress at economically flattening our trading book. Going forward, Constellation’s strategy is focused on its generation, customer supply and utility operations, which substantially lowers our risk profile.”

The scale and scope of the company’s global commodities business is being reduced and speculative activities are being wound down as Constellation applies free cash flow to debt reduction, cuts overhead and streamlines operations. Earnings guidance for 2009 is $2.90-3.30/share, and management is recommending that the board cut the dividend by 50-60% per share. The company is projecting five-year compound annual earnings per share growth of 6-8%.

“We’re pursuing a responsible financial path, one with less risk, less debt, substantial liquidity and a myopic focus on maintaining investment-grade credit ratings,” said Thayer. “We’ve learned a great deal in the last four months, and we’re determined not to repeat the experience.”

Constellation’s liquidity woes were apparent this past summer when the company announced a plan to sell upstream gas assets to raise money (see Daily GPI, Aug. 29). Weeks later, Constellation was caught in the downdraft of the bankruptcy of Lehman Brothers Holdings Inc. and its shares plummeted (see Daily GPI, Sept. 17).

On Sept. 22 MidAmerican provided $1 billion of needed capital to Constellation Energy to assist it in continuing operations (see Daily GPI, Sept. 19). Under the merger termination agreement MidAmerican will receive a $175 million termination fee. In addition, the preferred shares issued to MEHC Investment Inc., a subsidiary of MidAmerican, will convert, and MEHC Investment will receive a $1 billion note at 14% interest, maturing Dec. 31, 2009; approximately 20 million shares of Constellation Energy common stock, representing 9.99% of outstanding shares; and approximately $418 million in cash. Additionally, a $350 million liquidity resource will terminate.

S&P Wednesday revised its CreditWatch listing on Constellation Energy Group and subsidiary Baltimore Gas & Electric Co. to negative from developing. “We note that the [EDF] transaction will require a number of standard regulatory approvals, such as the [Federal Energy Regulatory Commission] and [Nuclear Regulatory Commission], but will also require the approval of the Committee for Foreign Investment in the United States because of the nature of the assets being sold,” S&P said.

Unlike the MidAmerican proposal, the EDF offer contemplates only the purchase of a 49.9% interest in Constellation’s nuclear assets, leaving Constellation an independent entity, but with a nuclear joint venture with EDF, S&P noted. “Because we no longer anticipate any scenario that could result in higher ratings, we have revised the CreditWatch listing to negative…,” S&P said. “Also, while Constellation has trimmed its trading business, because counterparties would request incremental collateral stemming from commodity price volatility, and the current credit market environment, in the absence of either the [EDF] or [MidAmerican] proposals we do not view Constellation’s credit quality as investment grade, due principally to the pressures on the company’s liquidity.”

Moody’s Investors Service lowered Constellation Energy’s senior unsecured rating to “Baa3” from “Baa2” and kept its ratings on the company under review for possible downgrade. “The rating downgrade incorporates the risks associated with [Constellation’s] decision to continue the restructuring of its sizable commodities business as a stand-alone entity, a near-term liquidity profile that appears weak in light of current volatile market conditions and the ramifications of the sale of a minority interest in its crown jewel assets,” Moody’s said.

S&P affirmed the ratings of MidAmerican and those of its U.S. regulated subsidiary utilities, PacifiCorp and MidAmerican Energy Co., and gas pipelines Northern Natural Gas Co. and Kern River Gas Transmission Co. The ratings remain on CreditWatch with negative implications. “The negative CreditWatch listing reflects our intent to reassess [MidAmerican Energy Holdings Co.’s (MEHC)] future business strategy, which may be inconsistent with the company’s current ‘A’ category rating. Ratings have clearly been conditioned on MEHC focusing squarely on regulated, integrated electric and gas operations. By contemplating the acquisition of a predominately merchant generation company such as Constellation, MEHC has demonstrated a willingness to increase its own business risk profile,” said S&P credit analyst Anne Selting.

EDF Group will move its U.S. headquarters to Maryland and will invest $20 million in a new visitor and environmental center at the Calvert Cliffs plant, consistent with the companies’ focus on breaking ground on a third nuclear unit at Calvert Cliffs as soon as the regulatory process allows. EDF Group will invest $36 million in the Constellation Energy Group Foundation to support future charitable endeavors for the long-term benefit of the Baltimore community and the state of Maryland.

The transaction is not subject to a financing condition. EDF Group will finance the deal, including the agreed liquidity arrangements, through corporate funds and credit facilities. The companies expect to receive the necessary regulatory approvals and close the transaction within six to nine months. Constellation Energy shareholder approval is not required. 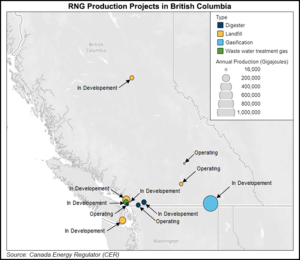