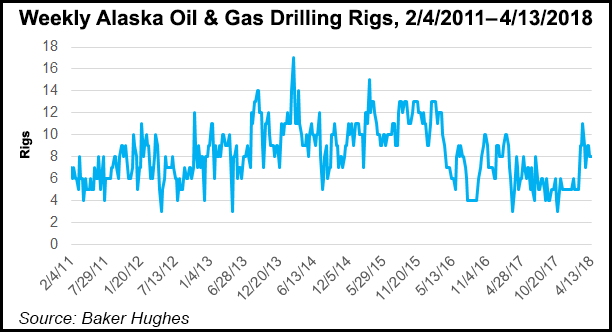 Because of “improved drilling efficiencies,” the company was able to drill a total of six wells, including an additional Willow appraisal well.

“The results of this year’s program are promising,” said Executive Vice President Matt Fox, who handles strategy, exploration and technology. “We are excited about the opportunity to extend our legacy in Alaska where we have a long track record of operational success and value creation.”

All six wells drilled, plus a sidetrack, encountered oil and verified the potential of the play, management said.

The three Willow appraisal wells “support the previously announced estimate of a recoverable resource potential of at least 300 million bbl.” The three exploration wells “represent new discoveries for the company and further extend the play concept across the western North Slope.”

As part of the exploration program, a total of five production flow tests were conducted. Results from all five tests also were encouraging management said.

The producer plans to assess the information and results “in anticipation of another active exploration and appraisal season in 2019.”

During the fourth quarter conference call earlier this year, CEO Ryan Lance said the operator was spending $400 million to bolt-on leases in Alaska to consolidate its Willow position. With the bolt-on, ConocoPhillips would have 100% interest in about 1.2 million acres of exploration and development lands, including Willow.

ConocoPhillips, which has a 40-year history in Alaska, remains the state’s biggest producer.