Thunder Horse, considered the world’s largest semisubmersible platform, has begun production in the deepwater Gulf of Mexico (GOM) from a single well and is on track to be fully commissioned before the end of 2008 following a three-year delay.

The platform is jointly owned by BP plc, with a 75% stake, and ExxonMobil Corp., which holds 25%. Located 150 miles southeast of New Orleans on Mississippi Canyon Blocks 778 and 822, Thunder Horse is expected to be the largest oil and gas producer in the GOM once it begins full production. At full capacity, Thunder Horse would increase overall U.S. oil and gas output by 3.6%.

Thunder Horse was to begin operations in 2005 and produce up to 250,000 b/d of oil and 200 MMcf/d of natural gas. However, the BP-operated facility has suffered from a series of natural and man-made delays.

After Hurricane Dennis struck the platform in 2005, the platform was found listing 20 degrees, and BP said then it was unlikely that commercial production would begin before the end of 2005 (see Daily GPI, July 27, 2005). Following Hurricanes Katrina and Rita, also in 2005, the Thunder Horse ramp-up timetable was again revised; production was set to begin by mid-2006 (see Daily GPI, Nov. 30, 2005; Oct. 26, 2005). A year later BP said it would “retrieve and rebuild” all of the seabed production equipment from the Thunder Horse field, and the start-up was pushed to this year (see Daily GPI, Sept. 19, 2006).

BP launched a lengthy commissioning process over the weekend, and a single well began pumping Saturday, a BP spokesman said. BP still has “a lot of work to do,” and “there are other wells to prepare for production and others to drill and complete.” However, the London-based major is “making good progress and on schedule to have the field on-line by year-end,” he said. 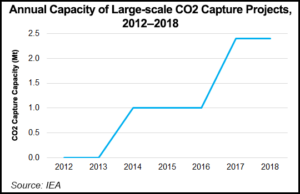