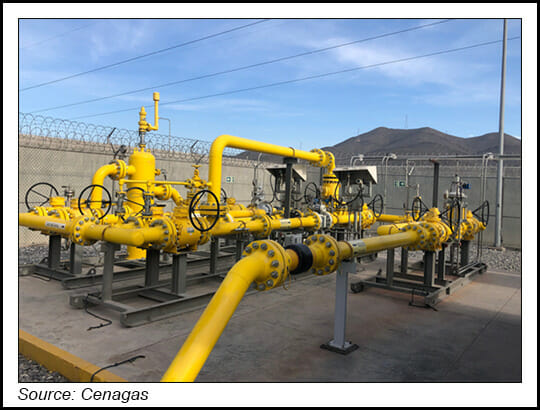 The decision by Mexico’s Energy Ministry (Sener) to require users to source imported gas from state companies upends a long process of market opening. The recent history of the gas market is worth studying to understand what impacts the new rule might have for both buyers and commercial agents in Mexico.

The presence of Mexican state companies in the Texas gas market goes back years. MGI supply (MGS), the Petroleos Mexicanos (Pemex) subsidiary in charge of international natural gas trading formed in the Cayman Islands, has been present in the United States since the 1990s. Starting early this century, it acquired firm-based capacity in the Tennessee and Coral system (today known as Kinder Morgan Border Pipeline LLC). This subsidiary also had interruptible service with Texas Eastern Transmission and even with oil refiner Valero Energy Corp., in a pipeline that no longer uses natural gas.

Through these pipelines, which were subject to both federal and intrastate regulations, Pemex was able to access the U.S. upstream market and import quantities that today would be minor. Interestingly, the flow wasn’t always north-south. At times, Pemex was able to export to the United States some marginal volumes through its interconnections. Even the first-hand sales price formula, established by the Comision Reguladora de Energia (CRE), included a component that took into account the quarterly balance of foreign trade in the area. The interconnections in the Reynosa area were the most relevant in the National Gas Pipeline System (SNG), which preceded what today is known as the Sistrangas.

At another end of this system, on the border between Ciudad Juárez and El Paso, MGS carried out operations that were worth around 20 MMcf/d. Not much gas was needed. Production from the Burgos Basin was enough to supply all the urban and industrial centers from Reynosa to the city of Chihuahua to a large extent. The flow of gas delivered to users surely included some gas from Texas. But this fact was irrelevant to the users.

With a vertically integrated industrial organization in which transportation and marketing services were not separated, the natural gas market was dominated by Pemex and managed from its headquarters. Buying gas meant traveling to Mexico City, requesting a meeting with a group of public servants from the commercial division who, in a tortuous process plagued with discretion, managed the respective physical connection with the transportation operators within Pemex.

Budget restrictions and cumbersome bureaucratic controls made it difficult for new users to physically access the gas network. Transaction costs were high and on many occasions the supply obtained left much to be desired in terms of quantity, quality and price. These circumstances largely explain the dominant presence of liquefied petroleum gas (LPG) in cities and other industrial fuels in many production processes instead of natural gas.

With natural gas production declining, about 10 years ago it was evident that Mexico needed to increase its import capacity from Texas. Despite not having a nationalist or statist ideology, then-President Felipe Calderón’s energy policy allowed MGS together with Mex Gas Internacional (MGI), another Pemex subsidiary, to create a company focused on strengthening Pemex’s capacity to import gas.

Tag Pipeline was in charge of sponsoring the Ramones project. With different transportation service contracts that ensured 2 Bcf/d of effective capacity, Tag anchored the construction of the Net Mexico Pipeline in Texas and three private systems that today are part of Sistrangas. This is how a public policy decision of a government that ideologically declared itself pro-market, consolidated the monopoly power of a state company both in imports from Texas and in the commercialization of natural gas within Mexico.

This huge pipeline was not designed to improve Mexico’s energy security. Its intention was to ensure for Pemex a privileged place in the intermediation of a gas that it does not produce. This fact is not a mere anecdote. It is an indicator of how little understanding there is in Mexico of open access, the separation of activities and other relevant concepts for the formation of competitive markets in the energy sector.

From the beginning of its operation, the Ramones project showed its logistical importance. Simultaneously with the growth of its operations (the project was developed in two phases), Pemex’s natural gas production fell sharply. But the massive marketing of imported gas by Pemex was not unprecedented.

Pemex was selling gas that it did not produce, but as an intermediary, earned significant income. Large gas consumers were used to paying for gas produced at Cactus, a processing center in the southeast of the country. They paid a price determined by a formula that included the price at Henry Hub. Their alternatives were to buy gas from the same supplier with prices that differed only from two origins, Reynosa or Ciudad Pemex.

Had the 2014 energy reform not occurred, the commercial outlook for users would not have shown any change. The Hydrocarbons Law made market promotion explicit. The structural change had very clear and blunt purposes in terms of limiting Pemex’s market power. This is how the cross-border pipelines, defined as those whose capacity is destined to connect the country to import gas, deserve special attention from energy policy.

According to law, Sener guarantees reliable supply and open access on these pipelines. As part of this, Pemex gave up the capacity that it had reserved in the cross-border pipelines to Cenagas. With said capacity under its control, Cenagas manages the Sistrangas in strict adherence to the principle of open access.

The truth is, this system was never perfect. The efforts of Cenagas and the efforts of Sener found opposition in Pemex from its then-CEO Emilio Lozoya. Cenagas conducted a capacity auction at the Net Mex Pipeline in which BP managed to secure 220 MMcf/d.

The measure with the greatest impact on the market was an auction that assigned capacity to different users in 2017. This prevented Pemex from securing capacity on routes downstream of its contracted routes in the cross-border pipelines. This gave marketers negotiating power with Pemex to obtain space in the cross-border pipelines. It was certainly not the ideal solution to ensure open access in international exchange, but it was a start.

Over time, little by little, users have migrated their supply contracts from Pemex over to other marketing brands. These shipping companies have been juggling logistics to gradually replace MGI as a supplier of gas from Texas. According to information published by the U.S. Department of Energy, it is possible to identify more and more transactions at points of entry in which neither MGS nor MGI are involved.

This would now change with the new Sener requirement. Pemex has received a new impetus to extend its market share. In recent days, it has made it clear to its clients that given their reserved capacity in the systems of Kinder Morgan Border, Tennessee, KM Texas and Net Mex, if they maintain commercial agreements with Pemex, they will be able to prove to Cenagas that the origin of the gas that will be moved in the Sistrangas complies with Sener’s strategy.

In other words, a government decision has loaded the dice in favor of Pemex once again. Users affected by the loss of alternatives do not seem to matter. This is the hangover from the liberalizing wave of 2014 in the Mexican energy sector. It is contrary to the letter of the law and the principles that motivated the structural changes of 2014.

Some companies might challenge the change in the courts. But there are many voices in the private sphere within the natural gas value chain that seek to accommodate themselves to the new situation instead of putting up a fight. Many of these voices are from people who at some point worked for Pemex, MGS or MGI. The loss of economic freedom and the destruction of the conditions of competition in the gas market are the long-term consequences of this strategy.

The immediate and direct loser of this change is the user of natural gas. It is undeniable that there will be hoarding that will lead to price increases and discrimination typical of captive markets. On the other hand, agents in Texas will continue to sell gas to Mexico as if it were a large city gate. If there is no firm and massive legal resistance, we will have a duopoly in the sale of natural gas in Mexico. That outcome should be worrying to those responsible for U.S. energy and national security.