The Colorado Oil and Gas Conservation Commission (COGCC) is considering three new setback zones for drilling based on the distance from a wellhead or production facility to the nearest occupied building. 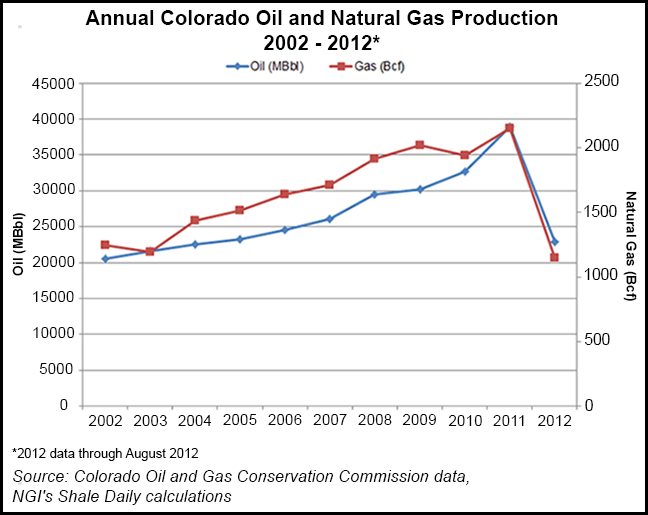 The proposal comes at a time when local governments in the state have been enacting restrictions on drilling (see Shale Daily, Sept. 7). The latest proposal and organized discussion is an outgrowth of several months of meetings among state, industry and community representatives.

Drillers also would be required to collect groundwater samples initially “from the two closest water wells, springs or surface water bodies within a mile of a proposed drilling location.” Follow-up samples would be required 12-18 months later and at the end of the drilling site during its final reclamation.

“Follow-up sampling may be required in response to changes in water quality documented by analytical data or in response to complaints from water well owners at the COGCC director’s discretion,” the proposed outline noted. Copies of test results would be maintained by the commission and publicly available.

COGCC Director Matt Lepore distributed an outline to stakeholders last Friday, offering a “conceptual overview” that sketched the framework for the three zones. Most oil and gas wells in the state already are required to sample groundwater based on existing state requirements or a voluntary sampling program launched last year by COGA.

Colorado’s natural gas and oil production has been increasing steadily over the past decade, reaching highs of 2,151 Bcf and 38.9 million bbl in 2011, according to COGCC data. Through August production this year was 1,148 Bcf and 22,848 million bbl.