Canadian oil and gas production will climb for another 20 years without policy changes to help meet the federal government’s new target for net-zero carbon emissions by 2050, the Canada Energy Regulator (CER) said. 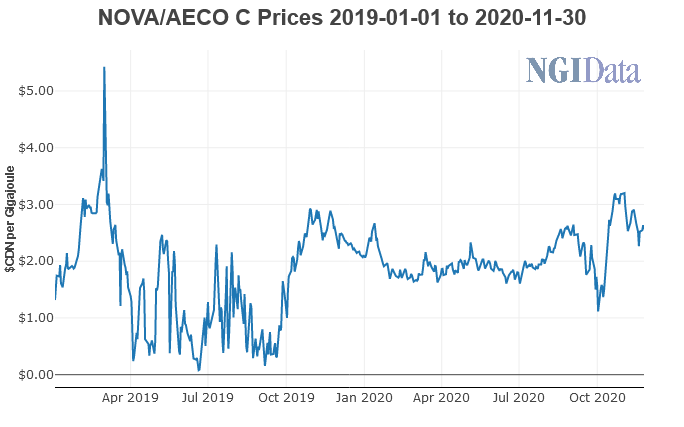 In the report “Canada’s Energy Future 2020” issued on Tuesday, a CER reference scenario of business as usual forecasts a 47% increase by 2045 n oil output to 7.2 million b/d and a 50% increase in natural gas production to 23.5 Bcf/d.

The evolving energy scenario, with technology and policy innovations made at current gradual rates, foresees slower growth to 2040, with an 18% increase in oil production to 5.8 million b/d and a 17% rise in gas production to 18.4 Bcf/d.

In the evolving scenario, cumulative technical advances and policy changes partially reverse the 2020-2040 growth trends by trimming production to 5.3 million b/d oil and 16.8 Bcf/d gas in 2050.

Both scenarios predict gas production growth would be driven by liquefied natural gas (LNG) exports from the Pacific coast of British Columbia. LNG exports would reach 7.2 Bcf/d in the reference case and 4.9 Bcf/d by 2039 in the slower evolving energy scenario.

The combined 960,000 b/d of pipeline capacity being added by the Trans Mountain and Enbridge Inc.’s Line 3 projects would satisfy the moderate delivery demand growth foreseen in the CER’s evolving energy scenario.

However, enabling the faster production climb anticipated by the reference case projection would also require construction of the hotly contested 830,000 b/d Keystone XL project for exports to Gulf of Mexico refineries.

CER in its predictions did not account for the potential effects of the net-zero target for greenhouse gas (GHG) emissions proposed by Canada’s government.

Newly introduced federal legislation would only declare the target, create an expert committee to recommend a definition of the goal and the necessary policies, and require periodic government progress reports to Parliament.

“Achieving net-zero GHG emissions in Canada within the next 30 years will require stronger policies and greater adoption of low-carbon technologies,” CER said. “Canadian and international efforts to reduce GHG emissions will be a critical factor in how energy systems evolve in the long term.”

The agency said “the required changes are unlikely to be made” without policies that require or place a value on emissions reductions.