Natural gas futures rose, then fell, following the release of government inventory figures showing an increase in working gas storage that was curiously less than what traders were expecting. 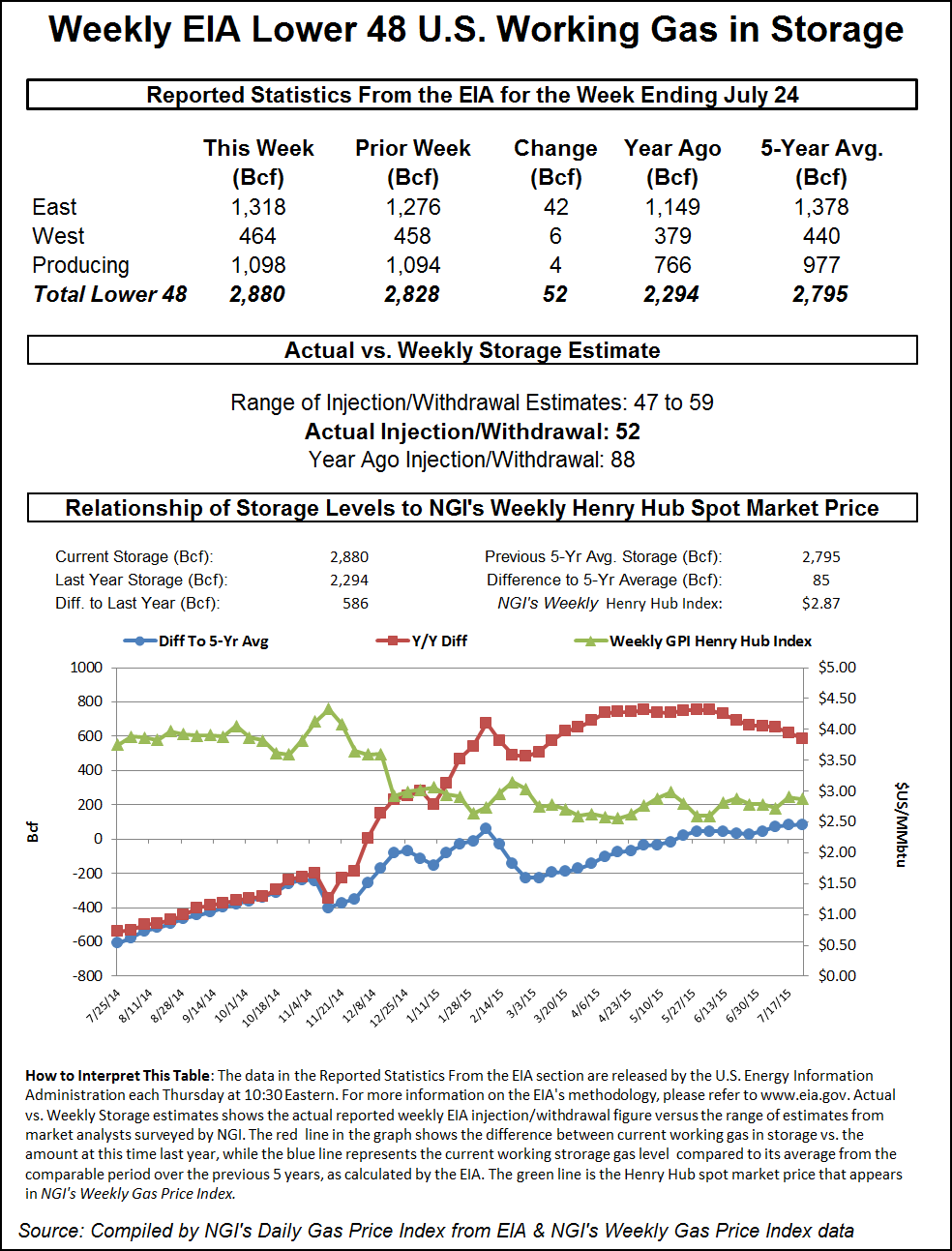 Prior to the release of the data, analysts were looking for an increase in the mid-50 Bcf range. Bentek Energy’s flow model estimated 55 Bcf, and IAF Advisors was counting on a 53 Bcf increase. A Reuters poll of 24 traders and analysts showed an average 54 Bcf injection with a range of 47 to 59 Bcf.

Tim Evans of Citi Futures Perspective thought the number “should be seen as constructive if not mildly supportive. There were no reclassification issues this week, and so this is a relatively clean report in that respect. We think it tends to reinforce the idea that we’ve seen enough air-conditioning demand to keep the market in a relatively close balance on a seasonally adjusted basis. This isn’t necessarily supportive, although we think it may qualify as stronger than expected, less than satisfying for those holding short positions.”

For the moment, it looks like those holding short positions are having the last laugh. “It just looks like there’s a lot of bearishness out there. We were at the lows of the day after the number came out,” said a New York floor trader.

Inventories now stand at 2,880 Bcf and are 586 Bcf greater than last year and 85 Bcf more than the five-year average. In the East Region, 42 Bcf was injected, and the West Region saw inventories increase by 6 Bcf. Stocks in the Producing Region rose by 4 Bcf.

The Producing Region salt cavern storage figure was down 4 Bcf at 300 Bcf, while the non-salt cavern figure increased 7 Bcf to 797 Bcf.