BP plc said it has struck oil at the Puma West prospect offshore Louisiana near its Mad Dog platform in the deepwater Gulf of Mexico (GOM). 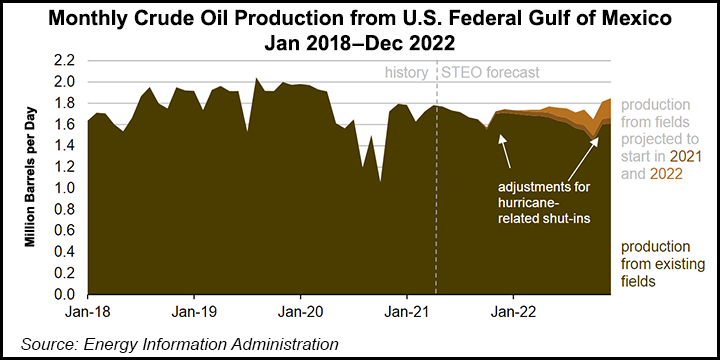 The well in Green Canyon Block 821 was drilled by BP, operator and owner of the block, on behalf of co-owners Chevron U.S.A. Inc. and Talos Energy Inc., each with a 25% stake.

“Our resilient and focused hydrocarbons business is core to BP’s strategy, and in the Gulf of Mexico we invest and explore in the reservoirs we know best,” said Senior Vice President Starlee Sykes, who oversees Gulf of Mexico and Canada operations.

“We are using our seismic expertise and drilling capability to safely find and develop advantaged oil and gas. We look forward to evaluating the potential of this discovery and its competitiveness across BP’s global portfolio.”

Houston-based Talos also is keen on the new discovery.

“We are very excited about this discovery as well as the broader potential in this area,” Talos CEO Timothy S. Duncan said. “Puma West is a great example of the class of high impact catalyst opportunities still available in the U.S. Gulf of Mexico.

The Puma West prospect encountered pay in a Miocene reservoir with fluid properties “similar to productive Miocene reservoirs in the area,” BP noted. “Preliminary data supports the potential for a commercial volume of hydrocarbons.”

Green Canyon long has held BP’s interest. In last November’s federal offshore lease sale, BP Exploration & Production Inc. had the second-highest bid of the day with an offer of $7.3 million for a block in Green Canyon.

Among the prized Green Canyon oil and gas fields is Atlantis, also operated by BP. In addition, the Marco Polo field is in Green Canyon, along with the Manatee, Shenzi, Droshky and Tahiti prospects.

In 2019 BP launched a major water injection project in the Thunder Horse field to recover another 65 million boe. A Thunder Horse South Expansion project also is underway, which would add a subsea drill center roughly two miles from the platform.

Separately, the Energy Information Administration (EIA) is forecasting domestic oil production from federal waters of the GOM will increase in the next two years. According to the latest Short-Term Energy Outlook, by the end of 2022, 13 new projects could account for about 12% of total GOM oil production, or about 200,000 b/d. 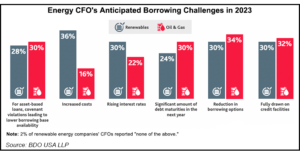