With people back to work and on the road following the relentless Covid restrictions in 2020, energy consumption made a historic comeback last year – particularly natural gas and renewables – according to BP plc. 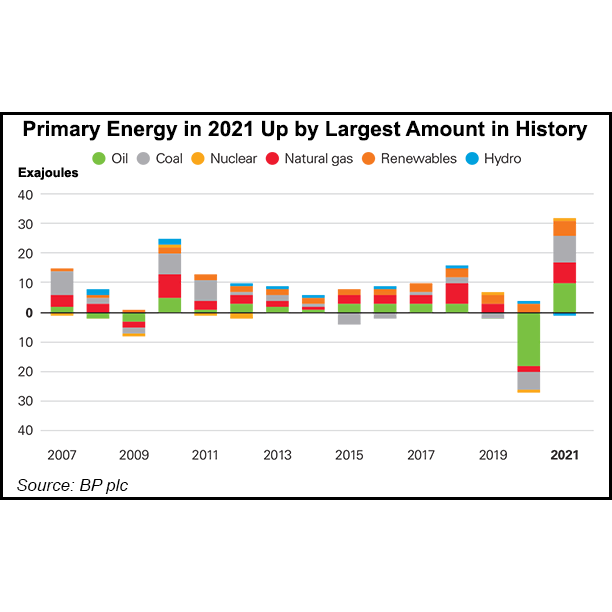 Primary energy demand rebounded overall by 5.8%, eclipsing the pre-Covid levels in 2019, according to the 71st edition of the Statistical Review of World Energy, which was published on Tuesday.

Chief economist Spencer Dale, whose team compiles the industry’s energy bible, warned, though, that the “challenges and uncertainties facing the global energy system are at their greatest for almost 50 years, at the time of the last great energy shocks of the 1970s.”