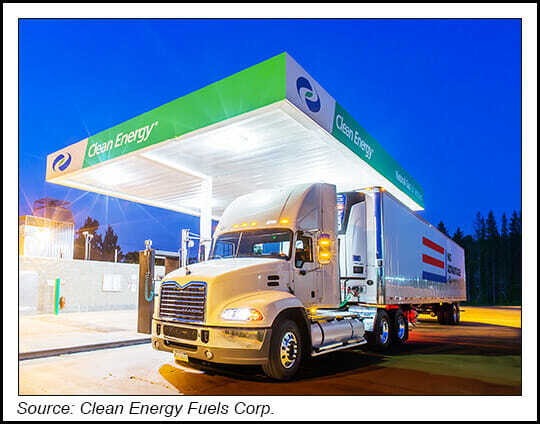 The dairy farms, with more than 30,000 cows combined, have the potential to convert methane produced from waste into more than 7 million gallons/year of RNG. The first RNG production facility is expected to be operational next year.

“These collaborations are critical steps toward our ambition of helping the world reach net zero by 2050 or sooner,” said BP’s Sean Reavis, who oversees Biogas Origination. “Our biogas strategy is focused on growth and developing an integrated business model that allows us to deliver the unique energy products the market is demanding.”

BP, which is the largest natural gas marketer in North America, according to NGI’s quarterly survey, would transport the RNG to California markets and monetize the environmental credits associated with dispensing the RNG.

The London-based integrated major has set a goal to achieve net-zero carbon emissions by at least 2050, and it has numerous low- and zero-carbon ventures across the globe.

BP in August clinched a 15-year agreement to purchase a unique blend of RNG from Maryland-based CleanBay Renewables, also initially for customers in California. The RNG is produced from poultry litter, a mixture of manure, feathers and bedding, to fuel vehicles.

RNG demand “is rapidly growing,” said Clean Energy’s Clay Corpus, co-head of Renewable Fuels. “Our joint venture with BP to develop new supplies is critical to keeping up with this demand.”

Dynamic Holdings was tapped to oversee construction, develop and operate the Iowa and South Dakota facilities.Clean Energy has more than 550 RNG fueling stations across the country and partnerships with a broad range of customers, including Amazon Inc. RNG constitutes more than three-quarters of the estimated 26 million gallons of fuel that the company expects to provide through some recent agreements.