A bipartisan group of lawmakers in the U.S. House of Representatives has launched the Congressional Energy Export Caucus aimed at strengthening the country’s trade role in a post Covid-19 world. 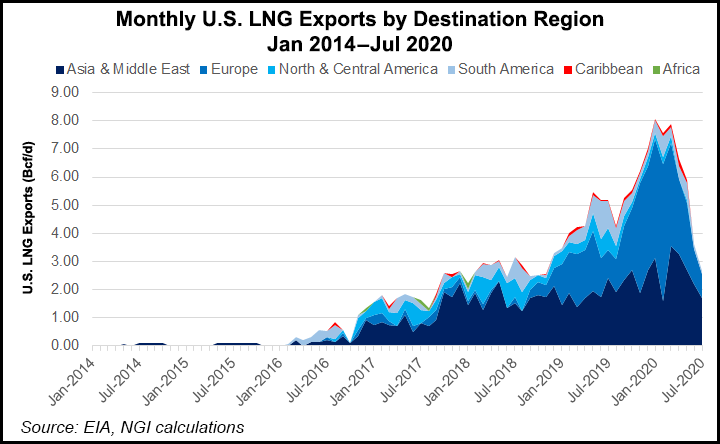 “It is crucial that we work to reestablish United States leadership on trade, and specifically energy trade, as we navigate a post-pandemic world,” Miller said. “American energy is a significant competitive advantage that we must embrace, and the Congressional Energy Export Caucus will champion the growth of American energy exports with our allies and into the developing world.”

The caucus indicated it would promote policy and legislation to advance oil, natural gas, coal and renewable energy in the international markets, among other things.

“As global trade realigns following the Covid-19 pandemic, U.S. energy is a key component to strengthen existing relationships with our allies and foster new partnerships in emerging markets,” the lawmakers said in their announcement.

Last year, the United States exported 2.98 million b/d of crude oil and about 93 million short tons of coal, or about 13% of the country’s coal production. Natural gas exports reached an all-time high of 4.66 Tcf, driven by increasing pipeline exports to Mexico and liquefied natural gas exports to various markets overseas.

The National Ocean Industries Association (NOIA), along with the American Exploration and Production Council, American Petroleum Institute, LNG Allies and other trade groups, lauded the formation of the caucus.