The Biden administration plans to seek recourse under the United States-Mexico-Canada Agreement (USMCA) if concerns over Mexico’s energy policies are not resolved, according to U.S. Trade Representative Katherine Tai. 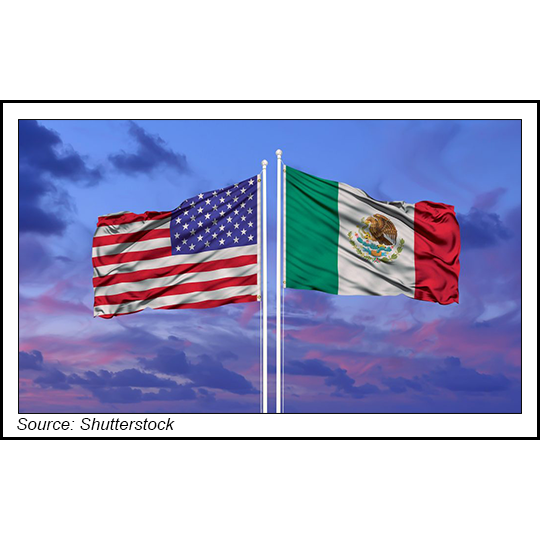 “At the heart of the USMCA are core obligations with respect to trade and investment, including with respect to nondiscriminatory treatment,” Tai wrote in a letter late last month to Mexico’s economy minister Tatiana Clouthier.

“For a long time now, the U.S. government has raised concerns about a series of administrative, regulatory and legislative changes in Mexico’s energy policies as violating these core obligations, including the 2021 changes to the Electric Power Industry Law,” Tai wrote

“We have also been very clear that the USMCA applies to Mexico’s energy sector, and have been candid with the Secretariat of Economy about our concerns.”

Among the most controversial policies is a proposed legislative overhaul that would consolidate state-owned Comisión Federal de Electricidad’s (CFE) control over the power sector, undoing crucial components of Mexico’s market-opening 2013-2014 constitutional energy reform.

Observers including Fitch Ratings Inc. have warned that the reform would cause chaos in the Mexican power market as private generators would see all of their supply contracts with non-state offtakers canceled.

Tai said, “We are unable to ignore the growing group of stakeholders also raising their concerns…” They include environmental nongovernmental organizations, aka NGOs, along with  “members of Congress, business associations and companies large and small.

“Unfortunately,” Tai wrote, “while we have tried to be constructive with the Mexican government in addressing these concerns, there has been no change in policy in Mexico, and U.S. companies continue to face arbitrary treatment and over $10 billion in U.S. investment in Mexico, much in renewable energy installations, is now more at risk than ever.”

Leadership of Mexico’s opposition Partido Revolucionario Institucional (PRI) party has signaled it will vote against the bill. That could leave President Andrés Manuel López Obrador’s Morena coalition hard pressed to obtain the two-thirds majority needed to reform the constitution.

The president said in a Tuesday press briefing he nonetheless expects enough opposition legislators to buck leadership and vote in favor of the measure.

Meanwhile, Mexico’s Supreme Court was scheduled to vote Thursday on the constitutionality of a separate electric power industry law reform that was passed last year, but never implemented because of multiple lawsuits.

The American Petroleum Institute (API) also has urged the Biden administration to take action on behalf of U.S. energy companies operating in Mexico.

However, there have been no open seasons or capacity releases on the Sistrangas national pipeline network under the current government. A recently approved regulatory change by the Comisión Reguladora de Energía, aka the CRE, also further cemented the control of CFE and state oil company Petróleos Mexicanos (Pemex) over natural gas pipeline capacity.

Sistrangas operator Cenagas also appeared to use natural gas pipeline access as leverage in a contractual dispute with petrochemicals producer Braskem Idesa in late 2020, although the disagreement has since been resolved.

Mexico relies on natural gas imports from the United States to meet more than 90% of domestic demand, excluding gas consumed by Pemex.

“In the spirit of partnership, and continued serious desire to strengthen our joint competitiveness, I want to inform you that I will be considering all available options under the USMCA to address these concerns,” Tai wrote. “I therefore urge your government to discontinue these concerning actions and ensure the rights of U.S. investors and exporters are protected.”

Participants cited “serious concerns with the deteriorating trajectory of Mexico’s energy policies, including a series of ongoing actions the Mexican government has taken to increase state control over, and limit competition in, the energy sector,” according to a readout of the proceedings from the Office of the U.S. Trade Representative (USTR).

The USTR said, “Environmental NGOs also shared their view that these developments cripple the expansion of renewable energy development in Mexico and hinder efforts to achieve environment and climate goals for communities throughout North America.

“Participants emphasized that the United States and Mexico should seek to strengthen, not weaken, capacities to protect the environment while promoting trade and investment in renewable energy that will combat climate change.”

Along with U.S. Ambassador to Mexico Ken Salazar, Kerry “reiterated the significant concerns the United States has raised about the changes to Mexico’s energy policy,” including both the proposed constitutional amendment and the changes to the Electric Power Industry Law. These changes potentially violate “core USMCA obligations, placing billions of dollars of potential investment in Mexico at risk, and increasing greenhouse gas emission,” according to a statement from the U.S. Embassy in Mexico.

López Obrador has remained defiant. After the meeting with Kerry, the president said, “The electric reform initiative stays as it is.”