Chairman Joe Barton (R-TX) of the House Energy and Air Quality Subcommittee is expected to announce shortly — possibly as early as this week — whether he will introduce emergency legislation in an attempt to head off worsening power shortages that are being predicted for the California wholesale power markets this summer.

The counsel for the subcommittee currently is working with the White House, California officials and representatives of the electric industry to formulate a measure, said Barton spokeswoman Samantha Jordan. A proposal to cap prices on wholesale transactions, which is opposed by many Republicans, isn’t likely to be in the legislation. “Not at this point, we’re not expecting so,” Jordan noted.

Although “the ability of the federal government is limited…we do care about what is happening in California and the West, and we do want to do what [we] can do. We certainly want to help California avoid blackouts,” Barton said during a subcommittee hearing last Thursday on California’s continuing energy crisis.

“The time for addressing the expected summer supply problems is upon us. If we’re going to act legislatively, wekilometerneed to begin that process next week,” he noted. “Perhaps we can work with the state…on a bipartisan basis” to resolve these daunting issues. Rep. Rick Boucher (D-VA), the ranking Democrat on the subcommittee, may sign on as a co-sponsor to the bill.

Many in California would love nothing more than to receive a helping hand from the federal government, but there are some who think the state can and will get through this crisis on its own.

“Let us [California] just do our thing and leave us alone with federal legislation,” the state’s chief negotiator for power contracts urged Barton’s subcommittee last week.

If Congress wants to do anything for the beleaguered state, “make the FERC do its job” of reining in wholesale power costs and monitoring the market for abuses, said S. David Freeman, who currently is on leave as general manager of the Los Angeles Department of Water and Power to head up California’s contract effort.

The federal statute requiring FERC to ensure “just and reasonable” rates in dysfunctional bulk electric markets “has not been changed…..That law is on the books and is not being enforced, and it seems to me that this Congress ought to either repeal the law or see [to it] that it’s enforced,” he told Barton and other subcommittee members.

Price caps have become a hot-button issue in Congress, but the controversy escapes Freeman, who believes caps make sense for both the electric and natural gas markets. “…[W]e have to have a hybrid system in my opinion where we let the market fluctuate over a wide band, but have floors and ceilings because the volatility is what kills us. We have to have some presence to assure that customers can know what their prices are going to be in the future.”

If Capitol Hill can’t or won’t nudge the Commission toward caps, “my prayer” is for Congress to stay out of the fray in California and “let the governor of the state go ahead with the various programs that he has under way” that will “contain this problem,” Freeman said.

In the meantime, “don’t feel sorry for California. We’re going to come through [this] and be stronger than ever,” he assured House lawmakers. “We have under way in California a really large-scale effort to move through this crisis and come out of it with a stronger grid system, with stronger policies, and frankly you will see us ushering in the age of [the] fuel cell and the microturbine and a whole set of new technologies.”

In addition to leaving the state alone, “don’t try to use California as an excuse for messing [with] the Arctic [National] Wildlife Refuge,” Freeman admonished the panel.

At the hearing, Barton voiced concern about the state’s projections that 5,000 MWs more capacity will be available this summer to meet the expected heavy demand. About 25% of that will come from generation plants that already have been approved, he said, but the other 75% “worries me.” In fact, one close observer said the state’s projections for new generation capacity this summer were “so rosy” that they amounted to the “most important faith-based initiative we’ve ever heard,” he noted. “I hope that this is not the case.”

The addition of 5,000 MW by this summer “is an aggressive goal,” conceded Chairman William Keese of the California Energy Commission, but “we have not given up on it.”

Of the anticipated hike in generation capacity, he said 1,300 MWs will come from three new baseload generation facilities that are currently under construction and are due to be in operation by July. Three other plants are in the construction phase now as well, he noted.

Keese said he anticipates that waivers for the state’s generation facilities could contribute about 1,200 MWs of additional capacity as well. On the demand side, he believes Gov. Gray Davis’s aggressive conservation initiatives for the public and businesses will be a critical factor this summer. Keese noted that state-wide consumption of electricity dropped by 8% last month.

If qualifying facilities (QFs) in the state — many of which have shut down due to non-payment by the utilities — were to be paid by the utilities, how many megawatts would that add to the state’s power supply? asked Barton. “I heard a number as high as 3,000 MWs. However, that would not add to our supply. We are already counting on [that],” Keese told Barton.

Freeman said California has acquired “all the power that was still available in the marketplace for this summer,” but the majority of the contracts ($42 billion worth) won’t take effect until the beginning of 2003.

Keese, Freeman and others who testified at the hearing agreed that brownouts and blackouts will be a reality for California this summer. “They may not be confined to [just] California” either, added Freeman. As a high-end estimate, “the consensus that we’re operating under is approximately a 5,000 MW shortage on a peak demand basis” for this summer, according to Keese. The low-end estimate would be in the range of 3,000 MWs, he said.

Despite all the state’s moves to build new generation plants and conserve power, “the federal government must intervene…by reining in unacceptably high wholesale energy prices” in the West, Keese said. “If FERC refuses to exercise its full authority under the law to restore price stability, we believe that it is only appropriate for the Congress to do it for them.” Susan Parker 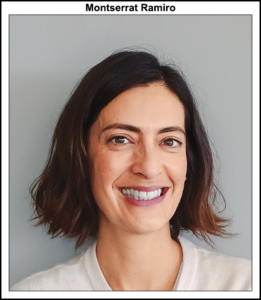