BKV Corp., the largest natural gas producer in the Barnett Shale, is planning to go public as global demand soars. 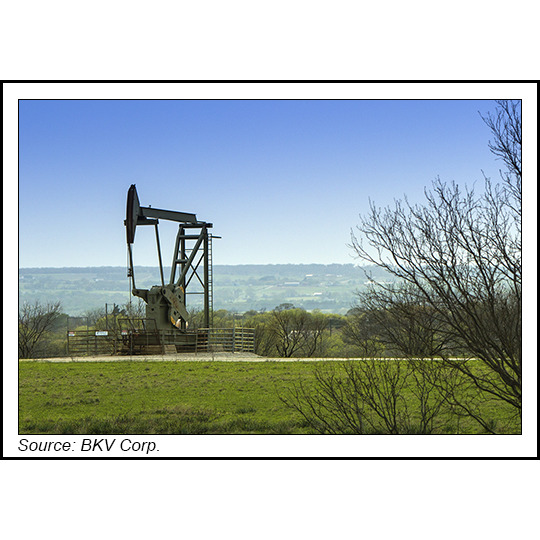 The Form S-1 initial public offering (IPO) was filed Friday (Nov. 18) with the Securities and Exchange Commission. The IPO proceeds would be used in part to repay a loan agreement with Banpu North America Corp., a subsidiary of BKV parent Banpu plc.

The offering is estimated to be for $100 million, according to Renaissance Capital LLC, which tracks IPO activity. Banpu, based in Thailand, plans to remain a major BKV shareholder and controlling entity. No date was provided as to when the IPO would be launched. The number of shares to be offered and the price range for the offering also had not been disclosed.

BKV became the Barnett’s largest gas producer in 2019 after buying assets from the long-time leader in the play, Devon Energy Corp. The purchase included more than 320,000 gross acres and 4,200 producing wells; output averaged 597 MMcfe/d in 3Q2019. The Devon transaction represented one of several by BKV since 2016. The portfolio initially was focused on the Marcellus Shale.

Last July, BKV made another splash in the Barnett after completing a $750 million purchase from ExxonMobil to expand the North Texas portfolio.

BKV also is developing a carbon capture and sequestration project in North Texas, adjacent to the Barnett assets, in partnership with EnLink Midstream LLC. The project is scheduled to come online by the end of 2023.

BKV and BKV-BPP Power LLC are working jointly to certify natural gas produced in the Lower 48, initially to fuel a power plant in Temple, TX, north of Austin. The facility, which powers 750,000 homes across Central Texas, is equipped with emissions-control technology. Project Canary is overseeing the process to designate that the produced gas has been independently certified.

Scheduled to come online in late 2023, the project would involve injecting carbon dioxide into a permitted facility in Texas owned by BKV.

“Evolving a long established market isn’t simple, but we believe that progress requires innovative partnership to achieve net zero and proof of performance,” said BKV CEO Chris Kalnin. “We are committed to creating an evolved market and framework that solves a complex problem.”

The framework with EEMA is to include two approaches along the value chain. In one approach, BKV would measure, reduce and verify emissions using independently certified natural gas. As a second approach, BKV would deliver the sequestrated carbon credits to EEMNA to support developing the emerging market.

Project Canary would provide verifiable data and analysis, including third-party sensors. EEMNA and BKV would use other third parties and academic institutions to review and verify the framework.

The initiative is designed to create an emerging U.S. market in which an LNG buyer, gas utility, power utility or other end-user could purchase measured and verified sequestrated carbon credits, according to EEMNA. The market could help provide more certified liquefied natural gas for overseas export buyers, a tactic underway by several Lower 48 producers.

“Reaching a true net zero carbon target requires a complete transformation of the energy system, which is why we are committed to taking the next transitional step with the development of measured sequestrated carbon credits,” Robinson said.