With the dust now settling and the facts coming into clearer focus following the Bank of Montreal’s (BMO) announcement late last month of significant losses on natural gas trades, the fourth largest Canadian bank warned investors Thursday that its initial report of losses from “out-of-the-money options” of between C$350 million and C$450 million (US$313.70 million to US$403.33 million) has been increased to C$680 million (US$623.80 million).

BMO said that following the receipt of an independent assessment of the bank’s natural gas commodities trading policies and practices, including valuation methodology, the company moved quickly to determine the effect on its financial statements. Following the initial loss estimate, “new information” was obtained and BMO determined that a more appropriate market-based methodology should be used for this portfolio. This change, together with increased concerns with the reliability of quotes received from its principal broker, used in its first quarter valuation, led BMO to conclude that losses should be recognized partially in both the first quarter and second quarter of fiscal 2007. The change did not have a material impact on periods prior to first quarter 2007.

Following the April 27 announcement (see NGI, April 30), BMO management initiated an external investigation of the trading activity and two of BMO’s commodities professionals were placed on leave. BMO on Thursday said traders David Lee and Bob Moore are no longer with the bank.

BMO also said Thursday that the bank has suspended its business relationship with brokerage Optionable Inc. pending the results of BMO’s external review. Valhalla, NY-based Optionable, which provides natural gas and other energy derivatives trading and brokerage services to brokerage firms, financial institutions, energy traders and hedge funds, made a quarter of its revenue working with BMO’s energy trading desk. The trades at the center of the BMO losses were conducted in New York, mostly on the New York Mercantile Exchange (Nymex) and the over-the-counter markets.

Following the linkage to Optionable (see NGI, May 7), shares of the brokerage have been in a freefall — trading near US65 cents on Friday, a fraction of the US$7/share the stock was trading at prior to BMO’s announcement. Optionable issued a public statement on the current turmoil last week. With details continuing to unfold during the week, Kevin Cassidy, vice chairman, CEO and director of Optionable, resigned. Nymex also distanced itself from the company in which it owns a 19% share by resigning board representation.

“Gains and losses are both inevitable in trading energy derivatives,” said Albert Helmig, who has taken over day-to-day management of the company as chairman. “We are never pleased when losses dominate for one of our clients, but we do not design or help to design their strategies, nor are we financial advisors. We provide brokerage and execution services for trades that we are instructed to make by our clients. We believe strongly that our brokerage and execution services are and have been rendered appropriately, professionally and correctly.”

In discussing the change of leadership, Helmig said, “In my new and expanded role as executive chairman I am going to assess the situation and guide the company accordingly.” Helmig has more than 30 years of commodity experience from Wall Street to commodity merchant, spanning both physical and financial instruments on a global basis. He is CEO of Gray House, a private consulting firm providing risk management, price models and industry best-practice services to clients such as exchanges, fund managers, financial institutions, producers, integrated energy companies, government agencies and ministries, think tanks and law firms.

On Thursday, Helmig said the company intends to begin a search for independent outside board members and will continue its internal review of ongoing operations.

“Going forward, our efforts will include building a new board of directors to make crystal clear our commitment to the quality, integrity and profitability of Optionable,” Helmig said. “In addition, I am in the process of reviewing our current situation and will speak to the larger issues that have been raised in a timely manner…Our operations are continuing, trading operations are staffed, and we are servicing our customers with brokerage services through our floor operations, voice brokerage business and OPEX trading platform.”

In April, Nymex parent company Nymex Holdings Inc. completed agreements with Optionable and its founding stockholders to acquire 19% of Optionable (see NGI, Jan. 29). As part of the deal, Nymex elected Benjamin Chesir, Nymex vice president of new product development, as a director to the Optionable board.

That arrangement changed Monday. “We are concerned about the recently announced developments at Optionable and are actively reviewing the situation,” Nymex said. “In order to avoid potential conflicts of interest during our review, we are resigning Nymex board representation effective today.”

The bank said it is continuing its investigation of the mark-to-market commodities trading losses, including a review to determine whether any potential irregularities in trading and valuation took place.

“Since our initial announcement on April 27, BMO and our external advisors have continued to investigate this matter,” said BMO CEO Bill Downe. “This has provided additional insight into the current circumstances, helped guide the actions we have taken and those we will take going forward. BMO has reduced the risk in this portfolio by approximately a third from its peak.”

BMO said it had taken a number of steps related to the mark-to-market commodities trading losses. They are:

BMO said that given the size and complexity of the portfolio, it could experience subsequent significant gains and losses due to repositioning and market volatility. However, the ultimate realization over time is not expected to generate a large economic gain or loss. 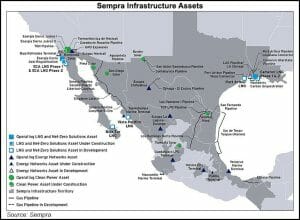