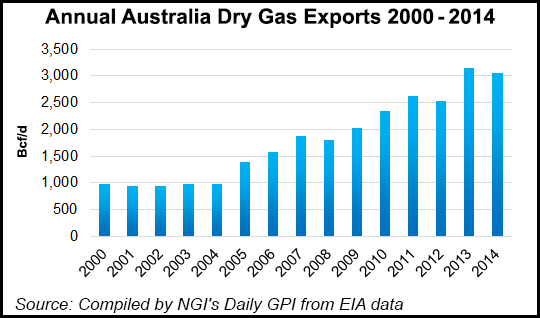 Ichthys had been scheduled to start up around the end of 2016, but is now scheduled for start-up during the third quarter of 2017. Capacity is expected to be 8.9 million tonnes per annum (mtpa), which is 6% more than the initially planned 8.4 mtpa.

The increase in production capacity is based on a recent evaluation of the project, which entails liquefying natural gas lifted from the Ichthys gas-condensate field offshore Western Australia.

“All the LNG initially planned to be produced from the project has been sold,” said Inpex CEO Toshiaki Kitamura. “Of this, about 70% of the LNG is set to be supplied to Japan, and this is expected to further contribute to the long-term, stable supply of energy to the country and improve Japan’s energy procurement risk management [see Daily GPI, March 11, 2013].”