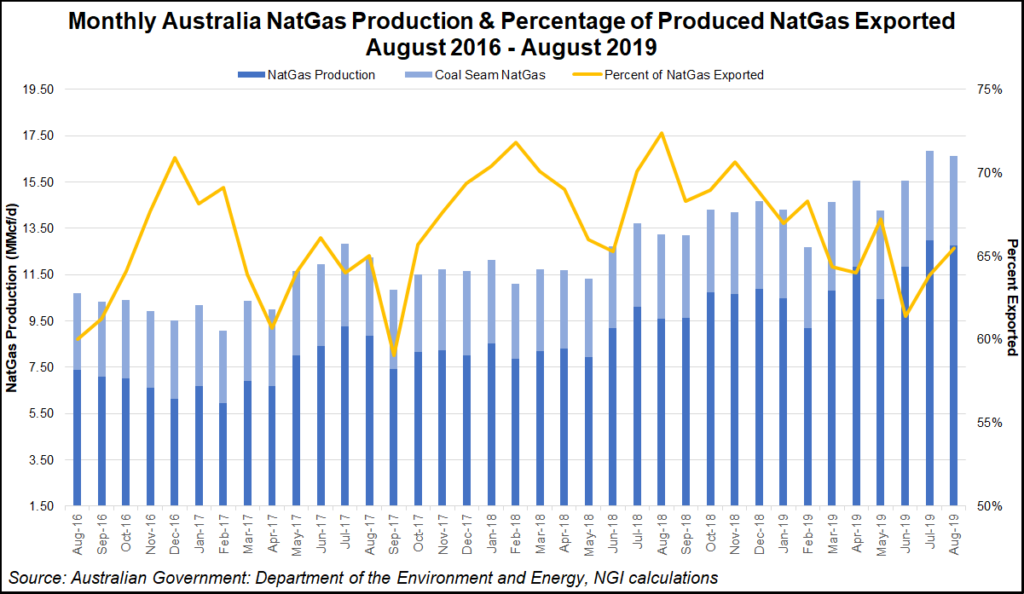 Based on reported remaining proven and probable (2P) reserves and well numbers, production from currently producing or under development CSG projects in Australia is expected to decline by 60% over the next 10 years, but projects in the discovery and exploration phases could offset the reduction by 30%, analysts said. This would leave a net 30% decrease in CSG production over the period.

The production forecast assumes no additional 2P reserve writedowns. Analysts said the assumption is optimistic, given the trends observed over the past three years, with infill wells producing less than expected and permeability sweet spots proving to be smaller and more difficult to target than previously anticipated based on the 2P numbers certified in the early part of this decade.

“In multiple cases, we have observed that in order to deplete 2P reserves, operators will need to decrease well spacing while moving out from their core acreage without significant drops in well productivity,” Levy said. “This is an unlikely scenario given the underwhelming rate of improvement in technology and well productivity observed over the past decade.”

Unless economic reserves on the Tcf scale can be discovered and developed with a breakeven of less than US$5.50/gigajoule, material reductions in Australia’s East Coast LNG export volumes from 2026 onwards may occur, with trains closing by around 2028, according to Rystad.

Options could extend the timeline, such as reducing gas volumes earmarked for domestic use, replaced by LNG imports, or electrifying LNG facilities to save 6-10% of the feed used by facilities for power generation, analysts said.

However, even given that possible scenario, the only long-term solution to mitigate the problem is to find and develop resources.

The industry in Australia is “eagerly watching shale developments in the Northern Territory and Cooper Basin, as well as new CSG potential in the Galilee and deep Permian coals of the Bowen basin,” Rystad’s report said.

Yet, researchers found that deeper emissions cuts through the 2020s are needed to meet targets set under the 2015 United Nations climate accord.