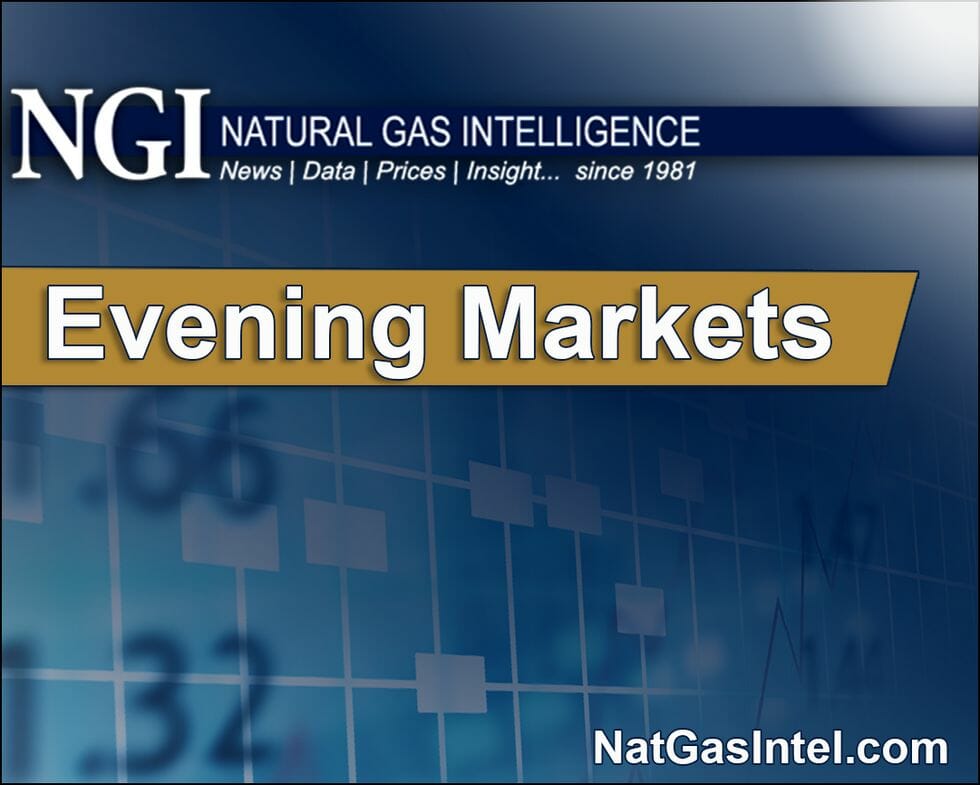 Bespoke Weather Services said that, following forecasts for lofty temperatures last week, the latest outlooks showed modest cooling near term but more robust heat in mid-July and beyond that keeps the current month “on pace to challenge 2011 and 2012 as the hottest July on record” in terms of total gas-weighted degree days.

“Regionally, we see some differences in where heat is focused, as the West has moved hotter in today’s six- to 15-day outlook, while the Southeast is projected to see less heat, staying near normal overall,” Bespoke added. “Given the look of the projected pattern out at days 14 to 15, it seems likely that strong heat would continue into the 16- to 20-day time frame as well.”

The firm noted that balance data Monday was weaker, with production roughly 0.5 Bcf higher than last week, and LNG hovering around 2020 lows. But Bespoke said power burns “are impressive,” indicating the demand side could counter increases in supply. The forecaster said that this week’s Energy Information Administration (EIA) storage report, to be released Thursday, would be telling.

“Our models show that anything under a 60 Bcf injection “would have us on pace to avoid containment issues this fall in the event that this heat indeed does stick around strongly, which we feel would be bullish for prices,” Bespoke said.

The EIA last Thursday reported a 65 Bcf injection for the week ending June 26.

Analysts at Tudor, Pickering, Holt & Co. (TPH) painted a similar picture, noting to clients that supply shows signs of increasing while LNG remains well below pre-coronavirus levels, with weak demand from Europe and Asia. Dozens of U.S. cargoes have been canceled in recent weeks for July and August.

“Most notable is the supply side, where the start of July brought a wave of gas production, as associated volumes increased around 1.5 Bcf/d on the week and total volumes were up about 2.0 Bcf/d as the Marcellus continues to nudge higher,” the TPH analysts said. Their estimates show an average 3.1 Bcf/d in LNG feed gas volumes since the beginning of July, down about 1.0 Bcf/d from June levels.

“The increase in production and decrease in LNG puts the market back into an oversupply situation on a weather-neutral basis,” the TPH team said. However, weather forecasts “are very constructive for gas demand.”

In a bullish bet on natural gas, meanwhile, Berkshire Hathaway Inc. said it agreed to buy Dominion Energy Inc.’s network of natural gas assets, notably including more than 7,700 miles of storage and transmission pipelines. As part of a larger deal that is slated to close in the fourth quarter, Berkshire said it also would acquire a 25% stake in Dominion’s Cove Point LNG export facility and that a unit of Berkshire would assume operations of the Maryland plant.

Additionally, on Sunday, Dominion and Duke Energy said they would cancel the Atlantic Coast Pipeline. The companies cited legal and regulatory delays that created excessive uncertainty and drove costs well beyond initial expectations. Plans called for the 600-mile pipeline to transport 1.5 Bcf/d from West Virginia to Virginia and North Carolina.

Beyond canceled plans and deals, the pandemic remains the major wild card. If the wave of business openings that developed in June can continue without major interruption, commercial and industrial energy demand could further improve. But uncertainty hangs over the Lower 48, with cases of the virus swelling late in June and early this month amid relaxed restrictions in heavily populated states such as California, Texas and Florida.

Jefferies analysts said in a report Monday that overall economic activity remains weak relative to pre-virus levels and that, in recent days, it has decreased. The firm’s weekly reading found that, for the week ended July 3, activity was 57% of normal, down a percentage point from the prior week. The analysts said improved foot and roadway traffic were “offset by moderate net decreases” in consumer spending and employment levels.

Spot prices climbed higher Monday on the continued heat across the country.

The latest domestic weather model showed increasing heat July 17-20 and “was quite hot the next 15 days with national cooling degree days solidly above/hotter versus normal,” NatGasWeather said Monday afternoon. The European model is even hotter than the American model, and “both are quite impressive with widespread 90s to 100s” across much of the United States.

Particularly strong cash gains were seen across the West.

In an eventful day on the pipeline front, a U.S. district court ruled Monday that the Dakota Access Pipeline must shut down by August 5 to allow for an environmental impact review of the project. Such studies can take more than a year to complete. The U.S. District Court for the District of Columbia’s ruling vacated a permit that allowed the pipeline to be built under Lake Oahe via a right-of-way administered by the U.S. Army Corps of Engineers.

Pacific Gas and Electric Co. said it would start maintenance on Wednesday that could crimp Redwood Path flows by as much as 375 MMcf/d for 10 days, according to Genscape Inc. The work on Line 401, slated to last through July 17, would limit flows to 1,580 MMcf/d, the firm said. That is 383 MMcf/d below the last-30-day maximum flow.

“As another point of comparison,” Genscape said, “the average Redwood flow across the past three Julys has been 1,857 MMcf/d, which would translate to a cut of 277 MMcf/d.”