Members of the Organization of the Petroleum Exporting Countries and its allies, aka OPEC-plus, agreed on Thursday to hold the line on oil production in April. 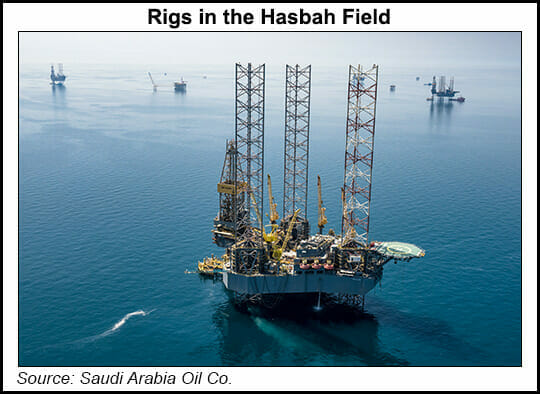 The alliance was following the lead of Saudi Arabia energy ministers who argued to keep output steady as producers gauge the success of coronavirus vaccines and the potential for stronger demand.

Analysts were braced for an increase, given a surge in oil prices this year. Brent crude prices were up more than 25% on the year prior to the meeting, an advance that many market participants had expected would lure Saudi Arabia into production rebound mode next month.

Last month, OPEC-plus leader Saudi Arabia said it would further cut production by 1.0 million b/d in both February and March. Most other members of the cartel agreed to keep output flat during that period, after scaling back in 2020.

The cartel currently has a self-imposed production increase limit of 500,000 b/d on a monthly basis – when it does shift in that direction. That does not include Saudi Arabia’s additional 1.0 million b/d pullback, which on Thursday it extended to April.

OPEC and its allies, which include Russia, debated whether to restore up to 1.5 million b/d in output but balked to avoid shifting too early. However, there were exceptions. Modest increases were granted to Russia and Kazakhstan, which will be allowed to increase production by 130,000 and 20,000 b/d, respectively, “due to continued seasonal consumption patterns,” the cartel said following the meeting.

Members “recognized the recent improvement in the market sentiment by the acceptance and the rollout of vaccine programs and additional stimulus packages in key economies,” they added. However, they also “cautioned all participating countries to remain vigilant and flexible given the uncertain market conditions, and to remain on the course.”

U.S. crude oil production, meanwhile, is ticking up but remains well below pre-pandemic levels. The U.S. Energy Information Administration (EIA) said Wednesday in its Weekly Petroleum Status Report that domestic crude production in the week ended Feb. 26 averaged 10.0 million b/d, an increase of 300,000 b/d from the prior week but 3.1 million b/d lower year/year.

Most analysts expect a gradual recovery in U.S. output.

BTU Analytics senior energy analyst Matt Hagerty expects U.S. production to be “largely flat in 2021.” However, “as global demand continues to improve throughout the year and fundamentals improve, U.S. companies may be tempted to add activity to capture any pricing strength.”OPEC recently forecast that global oil demand would rise by 5.8 million b/d to average 96.1 b/d in 2021. The International Energy Agency, in its February outlook, estimated that worldwide demand would rise by 5.4 million b/d in 2021 to reach 96.4 million b/d.