Canadian Pan Ocean Ltd., funded by Asian investors, has put together an operating company in the liquids-rich Duvernay Shale in southwestern Alberta, executing a binding term sheet for a farm-out agreement with Canadian producer Mako Hydrocarbons Ltd. for the producer’s 50% working interest in its Alberta Joint Venture (AJV). 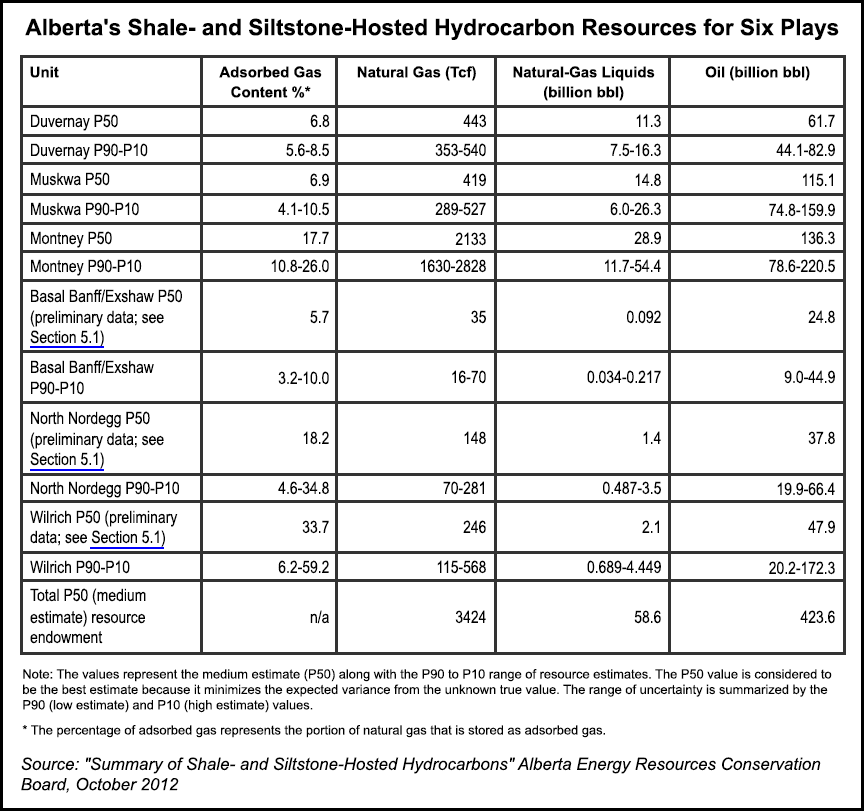 Pan Ocean will take over operating the venture, investing up to C$220 million in development funds over three years, employing the majority of Mako’s existing executives and staff and acquiring Mako’s infrastructure and intellectual property. Four wells, two vertical and two horizontal, are to be spudded by the end of 2013, with additional wells possible in the following two years. Mako will retain a 12.5% working interest of farmed-in acreage with an option to increase up to a 20% working interest.

Calgary-based Mako had established a landholding position of 34,200 net acres in the Duvernay. Pan Ocean also has entered into conditional agreements to acquire the remaining 50% working interest in the AJV by acquisitions of subsidiaries or affiliates of Transerv Energy Ltd. and Tamaska Oil and Gas Ltd., two Australian firms with interests in North America.

“The board and management of Mako have worked very hard to introduce a partner to assist in the early appraisal and development of Mako’s prospective Duvernay Shale acreage position. Increasing industry activity and promising early results indicate that the Duvernay Shale has the potential to be one of North America’s most promising liquids-rich resource plays,” said Simon Own, Mako vice chairman.

Pan Ocean is described as “an acquisition and investment vehicle for a consortium of significant Asian companies and funds seeking to invest or acquire strategic assets in the Western Canadian oil and gas industry.”

Although its potential has yet to be delineated, early results have spurred the popularity of the Duvernay Shale because of the high levels of condensate with the gas stream. A sign of the times was ExxonMobil Corp.’s $3.1 billion deal last fall to buy Celtic Exploration Ltd., a Calgary-based producer whose western Canadian acreage holdings include healthy slices of the Duvernay and nearby Montney shales (see Shale Daily, Oct. 18, 2012).

Talisman Energy Inc., which has about 350,000 acres in the play, said recently it will be selling some of its acreage with “minimal cash flow and high net asset values, specifically the Montney and North Duvernay plays (see Shale Daily,March 7).” Talisman will be maximizing its efforts with its high-cash flow Eagle Ford assets.

“In the liquids-rich Duvernay shale, we hold approximately 350,000 net acres. We recently completed a well reporting one of the highest liquids ratios in the play and we plan continued appraisal drilling in 2013.” said Talisman.

Development could be expensive ($12-14 million/well) because of the Duvernay’s remote location, said Andy McConn, a Wood Mackenzie analyst. But the economics of the play are helped because it is close to Canada’s oilsands development and its condensates could be used to help move the heavy oil (see Shale Daily,Oct. 25).

The Duvernay is one of five shale plays that have immediate potential, according to a report issued late last year by the resource appraisal group of Alberta’s Energy Resources Conservation Board. And that potential is colossal: 3,424 Tcf of natural gas, 58.6 billion bbl of gas liquids byproducts, and 423.6 billion bbl of oil in the five plays (see Shale Daily,Nov. 9, 2012).

The report notes that it depends on limited exploration data and that the immense current estimates could eventually turn out to be conservative. “In Alberta no less than 15 formations have the potential for shale- or siltstone-hosted hydrocarbons. Estimates for the total amount of gas in Alberta shale vary widely from 80 to more than 10,000 Tcf.”