Cabot Oil & Gas Corp. is cautiously optimistic that the natural gas market will improve as winter draws nearer, following a second quarter in which it weathered the ongoing downturn.

“We anticipate that the improving demand outlook for natural gas, in conjunction with accelerated structural declines in supply resulting from significant activity cuts across all onshore basins, will provide tailwinds for natural gas prices this winter,” said CEO Dan Dinges.

The company curtailed natural gas production during the second quarter on low prices, which averaged $1.52/Mcf, or 33% below its 2Q2019 average.

Based on current New York Mercantile Exchange futures, Cabot anticipates an FCF rebound in the second half of 2020, driven by an improvement in realized prices, higher production volumes and lower capital expenditures.

Cabot sees domestic demand and rising global prices providing a tailwind for natural gas this winter along with other dynamics.

“”We believe any future recovery in natural gas supply will be much slower than in prior cycles and ultimately the market will need to see higher prices to incentivize production or to disincentivize liquefied natural gas exports and economic coal-to-gas switching,” Dinges said Friday during a call to discuss second quarter results. “While there are certainly risks to this thesis, we remain cautiously optimistic about the natural gas market heading into the winter.”

Cabot’s production is expected to increase in the third quarter and stay flat in the fourth quarter, while spending is expected to decline as its program was front-end loaded. The company intends to focus sharply on risk management next year, but Dinges said it would be ready for what could potentially be “one of the most favorable setups we have seen” for natural gas in years if supply falls further and demand bounces back from the shock of Covid-19.

Cabot, which operates only in Susquehanna County, PA, still managed to turn a profit during the second quarter despite its challenges. The company reported net income of $30.4 million (8 cents/share), compared to net income of $181 million (43 cents) in 2Q2019. 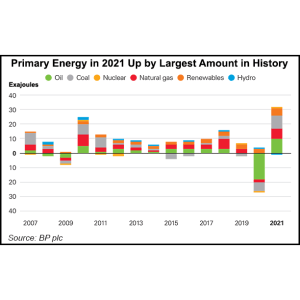