Aiming to be part of the second wave of U.S. liquefied natural gas (LNG) export projects, Annova LNG has scored a 20-year supply deal that would access multiple receipt points with major pipelines in the Agua Dulce area to feed its Brownsville, TX, project. 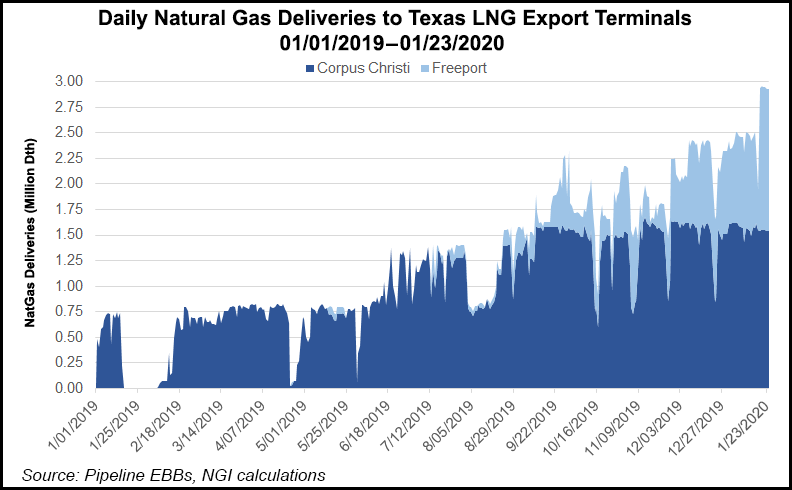 The precedent agreement with Enbridge Inc.’s Valley Crossing Pipeline LLC (VCP) would provide transportation for the still unsanctioned 6.5 million metric tons/year (mmty) facility, which was approved by federal regulators in November. Under the deal, the existing 2.6 Bcf/d VCP from Agua Dulce to Brownsville would be expanded, and a roughly nine-mile lateral connecting VCP to Annova’s facility would be constructed.

“Annova LNG’s firm transportation arrangements will ensure security of supply and access to the most diversified, low-cost feed gas of any of the U.S. LNG facilities,” said CEO Omar Khayum.

As proposed, the export terminal includes six liquefaction trains, each with a nameplate capacity of 1 mmty, for an aggregate nameplate capacity of 6 mmty and a maximum output at optimal operating conditions of 6.95 mmty on the Brownsville Ship Channel [CP16-480]. Annova, a unit of Exelon Corp., has said the project would meet the requirements of multiple foreign purchasers whose annual demand is best met with increments of 1 mmty.

Black & Veatch Corp. and Kiewit Corp. are also equity owners and were jointly selected as the engineering, procurement and construction contractors in October 2018.

The project is expected to start commissioning in 2024 with full operations in early 2025. However, the road to reaching a final investment decision has not been easy.

In December, environmental groups led by the Sierra Club asked FERC to rehear its decision to approve the project. In its request, the groups said the Federal Energy Regulatory Commission erred by “failing to take a hard look” at the economic impacts and its “impacts on environmental justice communities,” among other things.