The Alaska Federation of Natives (AFN), the largest native organization in Alaska, unanimously passed a resolution in support of plans to build a liquefied natural gas (LNG) project in the state. 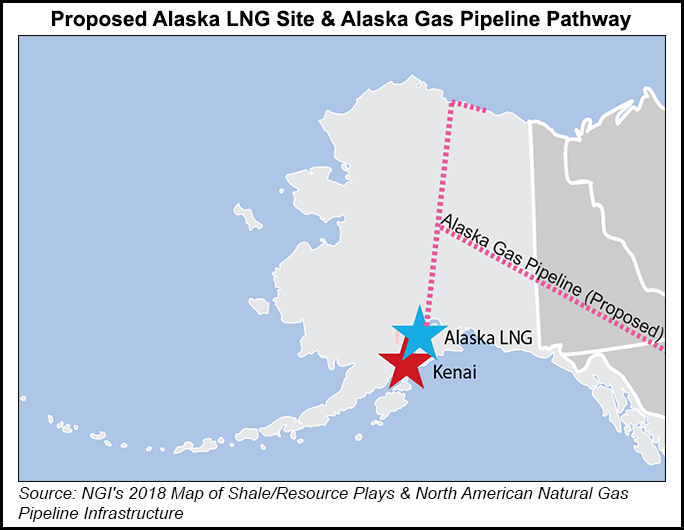 During a plenary session at AFN’s annual convention on Saturday, the organization adopted the resolution in support of the $43.4 billion Alaska LNG project, which as designed could export up to 20 million metric tons/year (mmty) from Alaska’s North Slope. The project is led by the Alaska Gasline Development Corp. (AGDC), a public corporation.

“Having the state’s leading native organizations voice their support for an Alaska gasline is a significant addition to the growing coalition backing our efforts to commercialize one of the state’s most valuable natural resources,” said AGDC Director of Alaska Native Affairs Donna Bach. “AFN represents Alaska’s rich ethnic and cultural groups and interests, and we are grateful for their interest and support of our work to unlock our gas resources for the benefit of all Alaskans.”

Earlier this month, three Chinese companies that agreed to finance the Alaska LNG project signed a supplemental agreement for their continued participation, despite souring Sino-U.S. ties on trade.