Wyoming’s Supreme Court on Wednesday heard oral arguments in a three-year-old case in which landowner and environmental groups challenged the trade secrecy protection applied to the chemical disclosure part of the state’s rules covering hydraulic fracturing (fracking). The court has taken the case under advisement. 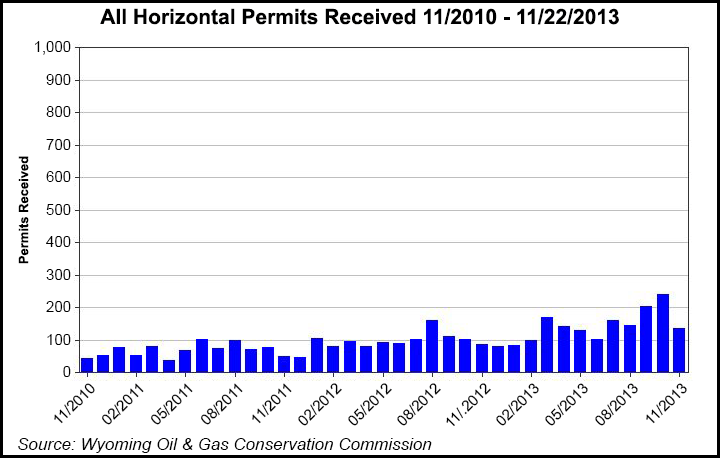 The groups are challenging the state Oil/Gas Conservation Commission’s (OGCC) alleged widespread granting of trade secrecy protections to oil and natural gas producers without attempting to have the producers justify the need for their exemptions from publicly disclosing all of the chemicals used in fracking. OGCC and industry lawyers argued for the appropriateness of the exemptions.

But OGCC and Halliburton Corp. attorneys defended the use of trade secret protections in limiting how extensive the chemical disclosures are as protecting competitive advantages for companies doing the fracking.

As the first state to require disclosure of fracking ingredients, Wyoming since 2010 also has granted exemption to the disclosure part of the state fracking rules, which have been touted as among the best in the nation.

The dissenting groups are arguing that oil/gas operators are providing OGCC with “boilerplate” justifications for confidential treatment of their fracking chemicals under the trade secret provisions.

Petroleum Association of Wyoming (PAW) Vice President John Robitaille said PAW is not involved in the case but the OGCC, Halliburton and the Wyoming Attorney General’s Office have submitted support briefs for the state rules and the exemption provisions.

The state high court is expected to rule on the issue in the next few months.

The number of horizontal permits received by the state, which had rarely climbed above 100 through the middle of 2012, has remained north of that watermark for most of 2013, climbing to nearly 250 in October, according to OGCC.