The Wyoming Oil and Gas Conservation Commission (WOGCC) has approved a draft rule that would reduce the growing backlog of unconventional drilling permits. 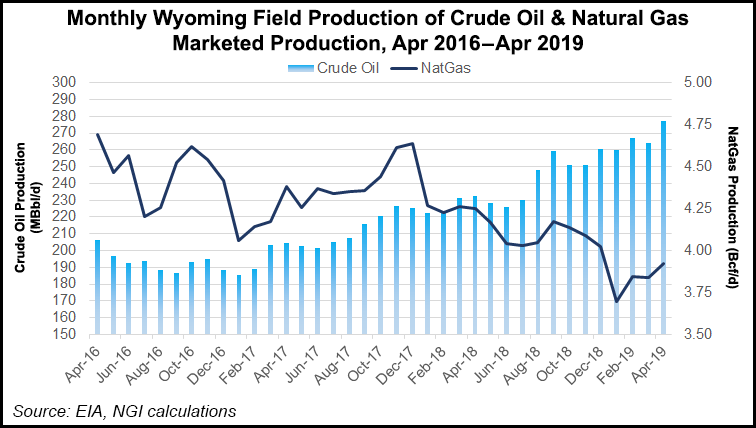 WOGCC commissioners on Tuesday expressed a need to “level the playing field” and cut into the drilling applications, which now number more than 45,000, according to Director Mark Watson. The backlog is said to stem from competing operators attempting to stockpile permits and delay drilling.

“The rule is designed to encourage operators to submit drilling permit applications only if they actually want to drill and develop minerals in the state,” Watson said.

Wyoming remains a first-to-file state, meaning the first operator to apply for a permit and receive approval has the right to drill for two years only. After that period, other working interest owners within a drilling and spacing unit can file applications for drilling permits with a given time limit placed on the operator to begin drilling.

Gov. Mark Gordon said the oil and gas industry is “essential” and has evolved in response to various challenges. “As that happens our regulatory framework must also evolve to protect the interests of the state, our citizens and producers’ ability to efficiently develop resources.”

Under the draft, subject to a public vetting process, operators may challenge if another operator has not drilled a well.

“This is only the beginning of the rulemaking process, and it probably won’t be finalized until early next year,” Watson said.

The Petroleum Association of Wyoming, which has publicly supported the state’s action, is “still working through the full implications of the rule change,” President Pete Obermueller told NGI’s Shale Daily.