Wyoming’s two main oil and gas trade groups are seeking to expedite the resumption of oil and gas leases on federal property by the Department of the Interior (DOI). 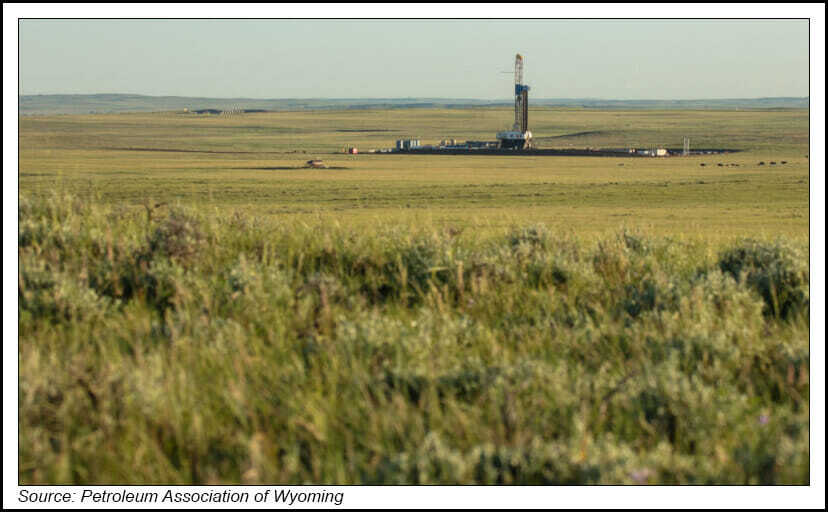 In a merits brief filed Aug. 30 in Wyoming District Court, the Western Energy Alliance and the Petroleum Association of Wyoming (PAW) allege that DOI is intentionally dragging its feet on complying with a June order by a federal judge in Louisiana.

The Louisiana court directed DOI to resume federal leasing, which had been paused via executive action by President Biden. The ruling was in response to a lawsuit filed by 13 states challenging the halt on leasing.

The merits brief is part of a similar, still-pending lawsuit filed by the Wyoming groups. The state of Wyoming is expected to file a similar brief soon, the groups said.

“While the Interior Department ignores one federal court ruling overturning the leasing ban, we’re hoping another ruling will do the trick,” said the Western Energy Alliance’s Kathleen Sgamma, president. The Justice Department has made clear “that no onshore lease sales will be held in 2021,” Sgamma said, arguing that “the president’s leasing ban is in place until a lease sale occurs.”

She added, “While the plaintiffs in the Louisiana case press the judge to force compliance, we’re applying pressure through the Wyoming court.

“By speeding up the court schedule, we’ll get to a full decision on the merits sooner rather than later to compel the department to meet its obligations under the Mineral Leasing Act.”

The brief states that the Bureau of Land Management (BLM) has canceled all oil and gas lease sales “that were or should have been scheduled for 2021 in violation of” DOI’s statutory obligations “and without adequate explanation.”

The complaint cites lease sales that were postponed or canceled by BLM’s Nevada, Colorado, Montana/Dakotas, Utah, Wyoming, Eastern States and New Mexico offices. The Louisiana court ruled that each of these lease sales was improperly canceled.

“Despite this injunction, federal respondents have not taken any steps to reinstate any canceled oil and gas lease sale,” the Wyoming groups said.

The pause on leasing “represents an immediate blow to the funding of public education in Wyoming,” said PAW’s Pete Obermueller, president. He added, “the Biden administration must do more than say it will follow the law, it must follow the law in practice.”

Shortly after Biden took office in January, DOI announced the pause on federal lease sales both on land and offshore, pending a comprehensive review of the leasing program.

DOI “still has not issued a plan on how it will conduct the comprehensive review…as directed in that order,” the Wyoming groups said.