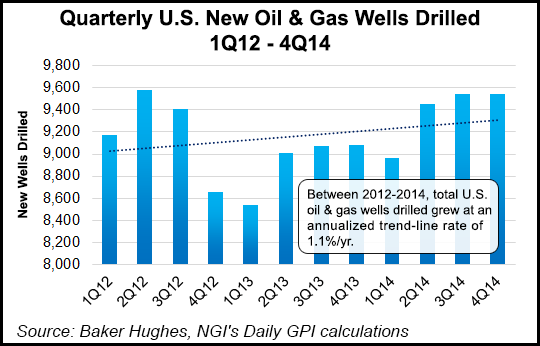 Mark Barron, an attorney with BakerHostetler who argued for the IPAA and the WEA at the hearing, told NGI that it was too early to tell how Skavdahl would ultimately rule in August, but he said he is encouraged by how the proceedings have unfolded so far.

Last week, the Southern Ute Indian Tribe filed a separate lawsuit in U.S. District Court for the District of Colorado over the BLM fracking rules (see Shale Daily, June 22). The tribe, based in southwest Colorado, had also sought a temporary restraining order to block the rule, but the court denied the motion on Monday.

On Tuesday, Chief Judge Marcia Krieger ordered the plaintiffs in the Southern Ute case to file an amended complaint within 48 hours, in accordance with the Administrative Procedures Act. Oral arguments were scheduled for a hearing on Oct. 14 in Durango, CO.