With a resource potential twice as high as originally estimated, WPX Energy Inc. is on a mission to build its Permian Basin portfolio even more, particularly in the Delaware Basin, the company’s CEO said Thursday. 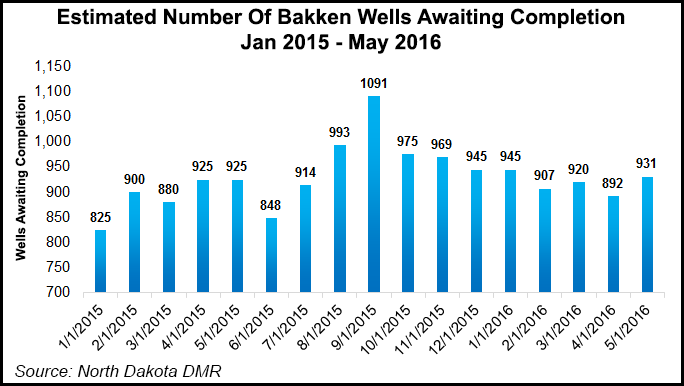 CEO Rick Muncrief discussed 2Q2016 operations and financial results with his management team during a conference call. One year ago WPX entered the Permian when it purchased RKI Exploration and Production LLC’s operations (see Shale Daily, July 14, 2015). It recently bolted on 7,800 more acres, giving it an estimated 100,000-plus net acres.

Any and all opportunities to add even more acreage are being looked at, Muncrief said.

“We have highlighted the upside in our Delaware assets before. Certainly it’s one of the things that originally drew us into this basin. We believe our timing to enter the Permian was excellent, and now after further detailed technical assessment, we believe that we have now quantified that upside even more.”

Based on drilling results to date, WPX has more than doubled its original estimated ultimate recovery (EUR) potential in the Delaware to 2.4 billion boe net. The projected number of gross drillable locations now stands at 5,500 minimum.

“This is the result of extensive log analysis, detailed petrophysical work, higher EURs being recognized throughout our industry, the potential for tighter spacing, and additional benches and intervals that were not included in our original assessment just last year,” Muncrief said.

Asked how much WPX paid for the Delaware bolt-on, Muncrief was coy.

“We are keeping the details tight at this time as it continues to be a very competitive market,” he said. He made clear that more Delaware deals are in the works.

“We’ve got a lot of blocking, basic blocking and tackling that we’re doing on trying to build our position there. We also will be at the table with all the large processes that we typically see down there. It’s very competitive, and so, we’ll see how that all plays out. But we have a fairly high degree of confidence that we’ll be able to continue to build our position in the Delaware.

“That is the No. 1 focus for us, if you look at our three basins,” which include the Williston and San Juan basins. “It’s also where we think that we can have the most impact on building long-term shareholder value. How we finance those, I think it depends on what the size is and, in some cases, they’re smaller deals similar to what we have on this last one…”

The RKI transaction “was absolutely transformational and a necessary move in our portfolio…The bar has moved materially higher for that next bolt-on or that next material deal. We don’t need to do a deal, but with the amount of transaction and the amount of opportunity in this amazing basin…we want to be in the conversation and at the table on every deal.”

The newest bolt-on acreage is “close to our position of south-central Eddy County, NM and has multiple stacked horizontal targets including several distinct intervals in the Wolfcamp and Bone Springs.” The purchase included existing production of about 425 boe/d, 55% weighted to oil.

“We have worked diligently over the past 12 months to more fully understand these assets. It’s a big deal to enter a new basin that adds muscle to your portfolio. It’s even a bigger deal to put yourself in a position, to reap incremental value from the same rocks. The opportunity is clearly there..”

Operations chief Clay Gaspar told analysts that the onshore teams were itching to return to work and begin “leaning in” to activity by adding a third rig to the Delaware in October.

“This rig will allow us to speed up the delineation of Wolfcamp B, the X/Y, as well as other zones that we are seeing other operators get really excited about. We are also working toward spacing tests and pad development, which will give us the critical information as we plan the ultimate development program.”

The Wolfcamp A wells are exceeding expectations, Gaspar said. The type curve before the RKI purchase was 670,000 boe. Over the last year, the curve has been bumped up three times, “and I’m very confident that we will be getting to our 1 million boe vision-type well by year-end, as many of our current wells already exceed that mark.”

Even better results are expected, he said, as WPX has spud only 25 wells since taking over RKI’s operations and still is experimenting on landing zones, perforation strategy and completion design.

“This group of well averages 4,600 feet and we are quickly extending that average lateral length to 4,800 feet per well. We are also making the improvements in the land department, getting us ready for full long-lateral development.“On the cost side of the equation, we are certainly on track to achieve $5 million year-end vision targets” for the full cost of Delaware wells.

DUC Hunting in the Bakken

“The recent well results in the Williston continue to track wells well above the 850 type curve…We haven’t completed any wells in Williston Basin since February. I can tell you the team is ready to get back to work…and start working through our DUC inventory.

“Completing a portion of the DUC inventory in the back half of the year won’t impact our full 2016 production meaningfully, but it will allow us to enjoy production momentum heading into 2017.”Similar to operations in the Permian, the Williston team is tracking year-end targets of $5.5 million per well including drilling, completions, facilities, and artificial lift.

“I get a lot of raised eyebrows…as we show the continued significant outperformance of these wells relative to the type curve,” Gaspar said of the Bakken wells. “Yes, some of these wells will exceed 1.2 million bbl of EUR, but when we talk about well performance, we are talking about what we expect on average over the next couple of years.

“Not every well will be as good as these, but I assure you, even at today’s prices, the vision well economics are very strong.”

The latest results benefited from the Delaware operations, which were not present in 2Q2015. Compared to 1Q2016, Delaware output increased by 15% to 14,000 b/d. Overall output fell slightly on a sequential basis as well completions were stopped in the Williston.