North Dakota Republican Sen. John Hoeven and energy industry stakeholders are urging the U.S. Geological Survey (USGS) to undertake another comprehensive review of the Williston Basin, anticipating that an updated assessment may spur more interest in the Bakken Shale, which is producing about 1 million b/d. 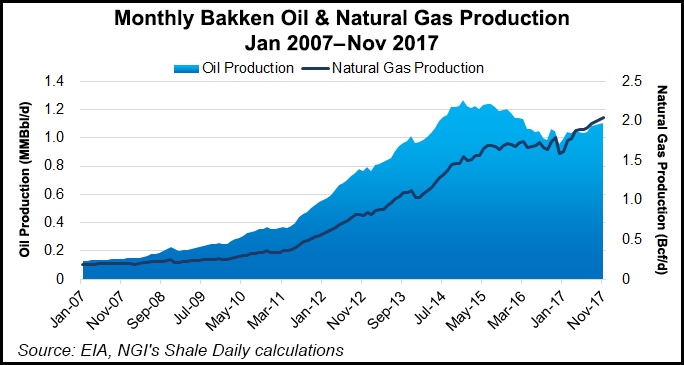 When USGS finished a similar assessment four years ago, it turned up potential of 7.4 billion bbls of technically recoverable oil, doubling a previous estimate on the Williston.

Hoeven arranged a meeting in Bismarck with USGS Acting Director William Werkheiser to hear first-hand from the energy leaders. In a letter to Hoeven, Werkheiser said USGS intends to work with “appropriate state and local officials and technical experts.” The goal is to develop “the best possible product in a timely manner.”

North Dakota’s state geologic survey would continue to examine the 19 oil-producing formations, and data would be provided to the USGS, said a spokeswoman for the North Dakota Department of Mineral Resources (DMR).

“We definitely support the move and would welcome a new study” by the USGS, said an NDPC spokeswoman. “There is more competition for investment dollars today and having the best information available would reaffirm development in the Bakken and show the potential for underdeveloped formations in North Dakota.”

The USGS assessment in 2013 covered most of North Dakota and portions of Montana and South Dakota, which combined was estimated to have 7.4 billion bbl of technically recoverable oil.

Noting the state’s mean estimates are the USGS maximum calculations, DMR Director Lynn Helms said the federal estimate should have been closer to 8.4 billion bbl.

Earlier this month, state geologist Ed Murphy in a quarterly report to the North Dakota Industrial Commission said in the past 11 years, the state geological survey has published 199 reports, maps and abstracts of professional presentations with about half of them focused on the Bakken/Three Forks formations.

“Of the 19 oil-producing formations in the North Dakota portion of the Williston, we have studied 14 of them during the last 10 years,” he said.