Despite $3 billion in projects expected to begin commercial operations this year, a hefty cash payment doled out in the first quarter combined with weak Permian Basin natural gas pricing to send earnings for Targa Resources Corp. plunging into the red. 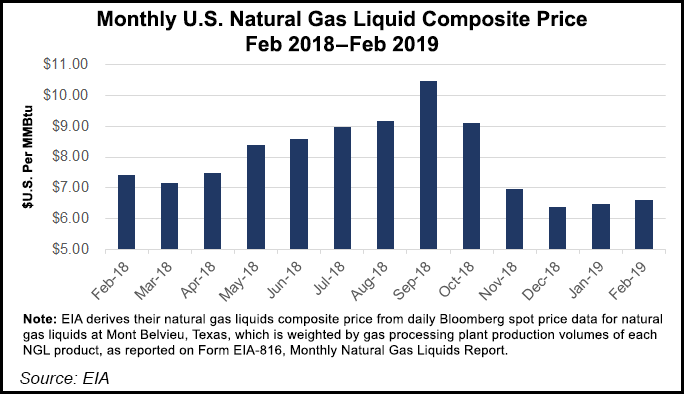 The midstream operator paid out $43 million for the 2018 annual cash payment for a splitter agreement related to its crude/condensate business that has since been terminated. The payment represented most of the $38.9 million net loss reported in 1Q2019, which compared with year-ago profits of almost $23 million.

Through March, Targa added about 400 employees this year, a 20% increase in the headcount, but management expects operating expenses/unit to decline over time.

Meanwhile, gathering and processing (G&P) volumes increased 4% sequentially in the Permian, with even higher volumes reported in the Badlands (7%) and southern Oklahoma (8%). However, the G&P segment still reported a $21 million decrease in operating margin for the quarter.

In the Permian, a substantial portion of Targa’s new high pressure pipeline running through the heart of the Delaware sub-basin became operational in the quarter, management reported. In addition, the 250 MMcf/d Falcon plant remains on track to be completed before year’s end, while another 250 MMcf/d plant is expected to be complete in 2Q2020.

While Targa has been focused on enhancing flow assurance from its Permian plants since early 2018, management continues to expect the residue gas landscape in the basin to remain extremely tight until the Gulf Coast Express project, in which a Targa affiliate is a 25% equity partner, begins operations later this year.

Management, however, remained tight-lipped about when a final investment decision would be made, only indicating that the parties continue to work to commercialize the project. Although Targa has not earmarked funds in its capital expenditure (capex) budget for Whistler, management indicated the pipeline “has strategic value for us.

“We want more residue to get built from the Permian in the Gulf Coast market, so we are lending our support for that project, but we’ll wait for those parties that are going to have an equity interest” to give an update on its status.

Meanwhile, Targa is set to bring online its sixth train, at 100,000 b/d, at the Mont Belvieu fractionation complex in Texas later this month, while a seventh train is scheduled for a 1Q2020 in-service.

In the Badlands, the midstreamer closed on the $1.6 billion sale of a 45% interest in Targa Badlands LLC, the entity that holds substantially all of its assets in North Dakota, to funds managed by GSO Capital Partners and Blackstone Tactical Opportunities. The company used the net cash proceeds to repay debt and fund its capital program.

Targa’s Grand Prix NGL pipeline remains on schedule for full in-service in the third quarter. The pipeline segment originating from the Permian is complete and is already transporting NGLs, management said.

“Targa is on the cusp of bringing into service a number of highly strategic projects over the near term,” President Matt Meloy said. “And we will have caught up on critical infrastructure investments that transform Targa into an integrated midstream service provider, which will result in moderation of future capex beginning in 2020. The long-term outlook for Targa is compelling, and our focus remains on executing on our strategic priorities to increase longer-term shareholder value.”