Ever since coming to power at the end of 2018, Mexico President Andrés Manuel López Obrador has promised to kill the energy reform of his predecessor Enrique Peña Nieto. With his recent proposal to drastically overhaul the energy sector through a constitutional amendment, is this on the cusp of happening? 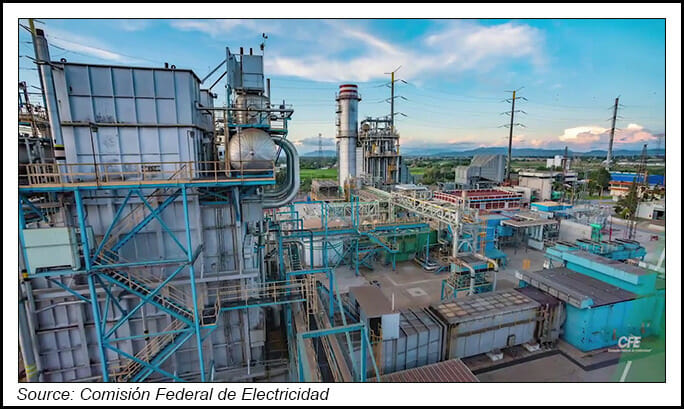 Analysts at political risk group Eurasia give the president’s proposed reform — which would eliminate autonomous regulators and give the state carte blanche in the power sector — a 30% chance of passing both houses of Congress.

It’s “unlikely that the bill will be approved in its current form” but the president will make “significant efforts” to obtain support from the Partido Revolucionario Institucional (PRI) party, they said.

For the reform proposal to pass, López Obrador’s Morena party would need to pick up 53 votes from opposition legislators in the lower house, and at least 10 in the Senate. The PRI controls 71 seats in the 500-person lower house and 13 seats in the 100-person Senate.

In the June 6 midterm elections, which was the largest vote in Mexico’s history in terms of total positions in play, López Obrador’s Morena party lost considerable congressional support.

López Obrador has already begun pressuring members of Congress, suggesting he would call them out by name if they didn’t back his plan.

The PRI issued a statement saying the reform required “rigorous analysis and public debate.” They said they would organize working groups to understand the issues at hand. They promised their legislators “would be responsible” with Mexico’s citizens and its institutions. PRI senator Claudia Ruíz said she was firmly against the reform, arguing it would mean higher energy prices and fewer jobs for Mexicans. It would be a “backward step” for Mexico, she said.

Mexico City-based analyst Gonzalo Monroy told NGI’s Mexico GPI that the key wasn’t the PRI but the Green Party. The Green Party won 43 lower house seats in the midterm election and has no clear ideological allegiance.

“I still think this is not a done deal for the president. Most people tend to forget that the Green Party did not vote for a lighter version of the electricity bill back in February,” Monroy said. Indeed, almost all attempts at radical change in the energy sector so far have either been shut down in Congress or are being blocked by the nation’s courts.

The Woodrow Wilson International Center’s Duncan Wood told NGI’s Mexico GPI that there is “a chance” Morena “will be able to gather the votes in the lower house.” He said it was unlikely it would get through the Senate.

“But,” he said, “there does seem to be a willingness at least on the part of some opposition deputies to work with the government.”

Though aimed at the power sector, the ramifications would be felt across the energy sector and economy, analysts suggest.

Wood said that “it’s clear that this is a reflection of the president’s desire to see the energy sector back firmly in the hands of the state.” He said López Obrador was “testing the waters” in the legislature but also internationally, particularly in terms of any potential reaction from the United States.

But what would it mean for the natural gas market?

Mexico City consultant and gas expert David Rosales told NGI’s Mexico GPI that in terms of natural gas, the reform would mean “less demand from the electricity sector, fewer projects, and lower growth overall because this would put a brake on Mexico’s competitiveness.”

He said the lack of regulators would mean more legal uncertainty in the gas market. He said permitting, tariff structures, conflict resolution and general oversight would be in question. And: “Who will take care of open access?”

He said that “some form” of the reform could take place, as politicians bargained with one another.

The Consejo Coordinador Empresarial (CCE), one of Mexico’s main business chambers, said the proposal “profoundly damages the country, in both environmental and economic terms.”

The group added, “The approval of this initiative would mark a point of no return, generating irreversible damages for the rule of law, the environment, the public finances, and the competitiveness of the country.”

Upstream oil and gas trade group Asociación Mexicana de Empresas de Hidrocarburos, or Amexhi, stressed the existence of independent regulators as “fundamental for the successful execution” of the more than 100 exploration and production contracts awarded under the energy reform.

Industrial chamber Concamin warned that CFE would have “absolute control” of the power sector, but be unable to cover all of the country’s demand.