The government of the United Kingdom will decide an appeal by Cuadrilla Resources Ltd. over whether to allow hydraulic fracturing (fracking) at two sites in northwest England prospective to the Bowland-Hodder Shale. 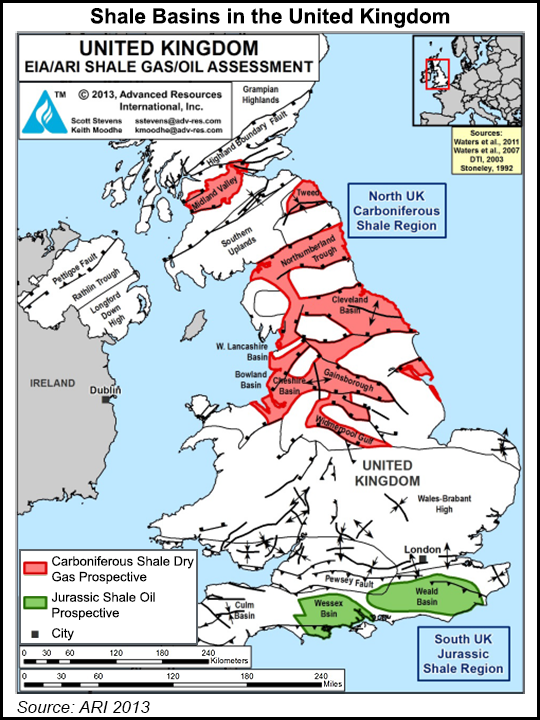 Last July, the Lancashire County Council Development Control Committee denied Cuadrilla an application to drill up to four test wells at a site called Preston New Road, and four test wells at another site, Roseacre Wood (see Shale Daily, July 6, 2015). Cuadrilla subsequently filed an appeal to the UK’s Secretary of State for the Department for Communities and Local Government.

Cuadrilla CEO Francis Egan told the newspaper that it welcomed McKay’s report, and added that a five-week public inquiry into the company’s plans, which was led by McKay, “has allowed a very full examination of our appeals.”

Cuadrilla moved its headquarters to Lancashire last month. The company has been interested in drilling in the Borough of Fylde for more than two years (see Shale Daily, Feb. 7, 2014). “We are confident that shale gas exploration will bring many benefits to Lancashire, including our own direct investment in local people and suppliers for our new head office,” Egan said last October.