The U.S. rig count eased one unit lower to 402 for the week ending Friday (March 12) as increases in the Permian Basin and Utica Shale partially offset declines in the Marcellus and Haynesville shales, according to updated data from Baker Hughes Co. (BKR). 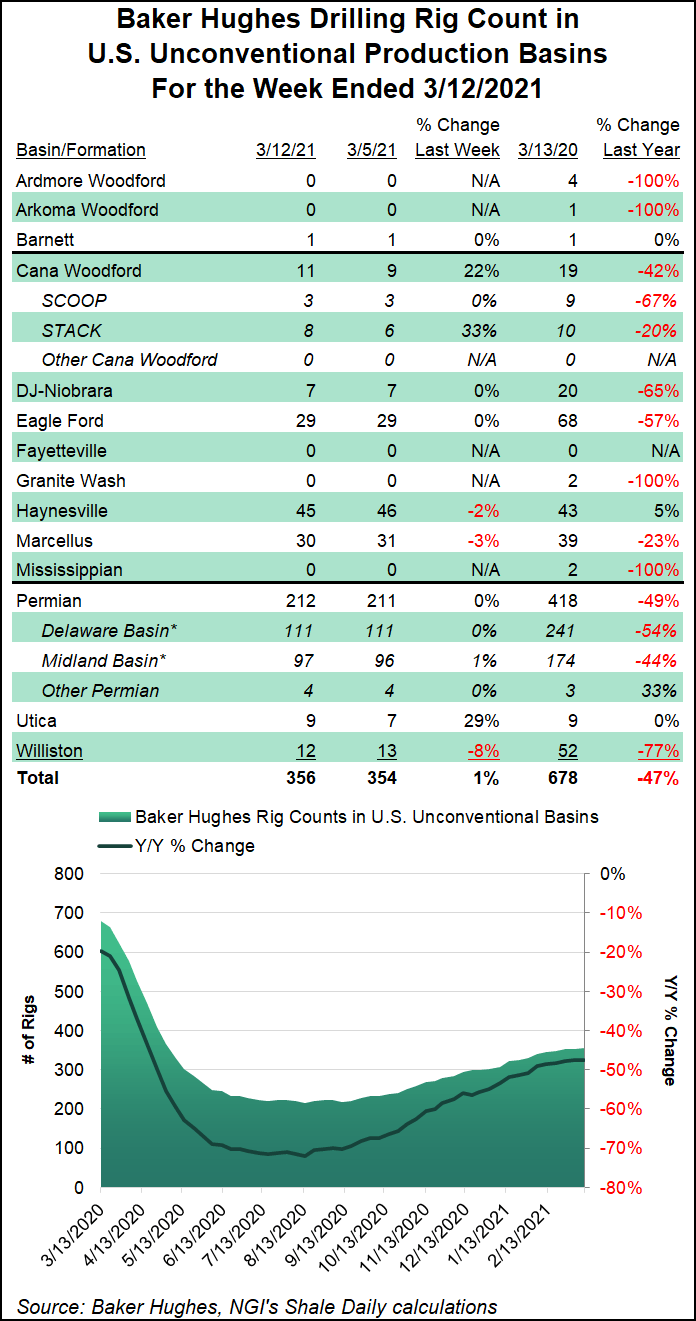 The total number of domestic natural gas-directed rigs remained unchanged at 92 for the week, with oil-directed rigs falling one unit to 309. The 402 combined active rigs in the United States as of Friday compares with 792 rigs running at this time last year, according to the BKR numbers, which are based partly on data provided by Enverus.

Land rigs remained unchanged overall week/week, while one rig exited in the Gulf of Mexico, dropping its total to 13, versus 19 a year ago. Horizontal and vertical rigs were unchanged, while one directional rig exited the patch.

The Canadian rig count saw a net decline of 25 week/week, split between 22 oil-directed rigs and three gas-directed. Canada ended the week with 116 rigs overall, down from 175 a year ago.

Broken down by play, the Utica added two rigs during the week to grow its total to nine, flat with its year-ago count. The Cana Woodford added two rigs week/week, while the Permian added one. One rig each departed from the Haynesville and Marcellus during the period, with one rig also exiting in the Williston Basin, according to BKR.

A week after extending production cuts, the Organization of the Petroleum Exporting Countries (OPEC) on Thursday raised its forecast for world oil demand in 2021, reflecting the cartel’s expectations for a stronger economic recovery in the second half of the year.

OPEC, in its Monthly Oil Market Report (MOMR) released Thursday, said it now expects global oil demand will grow by 5.9 million b/d this year to 96.3 million b/d. That marks an increase from its previous growth estimate of 5.8 million b/d.

Demand in 2020 contracted by 9.6 million b/d to 90.4 million b/d, according to OPEC estimates, the result of travel restrictions and business lockdowns in response to the coronavirus pandemic.

Earlier in the week, the U.S. Energy Information Administration (EIA) said it expects Brent oil prices to average between $65/bbl and $70 for March and April, with Brent forecast to then average $58 during the second half of 2021. 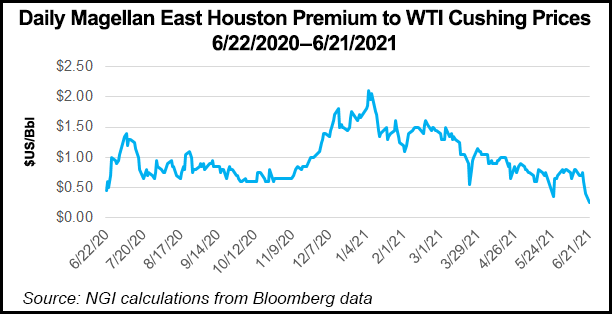