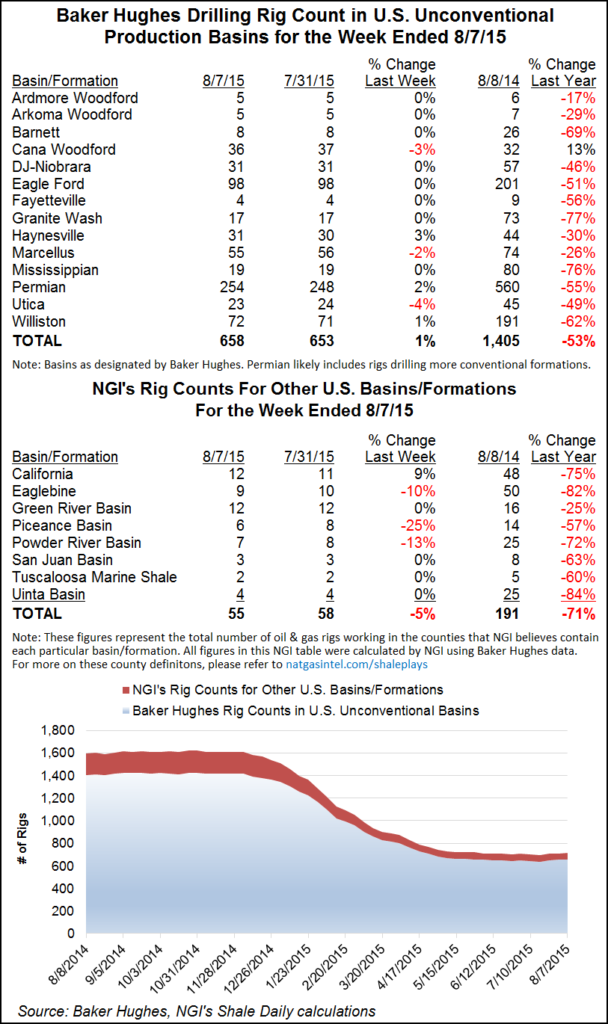 Six oil-directed rigs were added in the United States, and four gas-directed rigs joined the hunt in the count released on Friday (Aug. 7). Eight of the additions were horizontal rigs; three were verticals; and one directional rig was lost. Canada lost 12 oil-directed rigs but added five gas rigs for a net loss of seven. It all made for a net North America gain of three rigs.

In the United States, Texas was the biggest gainer, adding eight rigs, thanks largely to the Permian Basin, which saw its census climb by six. The next biggest gainer was Louisiana to the east, which added four rigs, one of them in the Haynesville Shale. The biggest losing state was Pennsylvania, which saw the net retreat of three rigs.

Aside from the conventional-unconventional Permian, week-to-week changes among unconventional plays were modest in the latest count, according to Baker Hughes and NGI’s Shale Daily.