The Biden administration has tacked another 15 GW of floating offshore wind capacity to its clean energy goals, as the American Petroleum Institute (API) inked a preliminary agreement with the Offshore Operators Committee (OOC) to develop safety management systems (SMS). 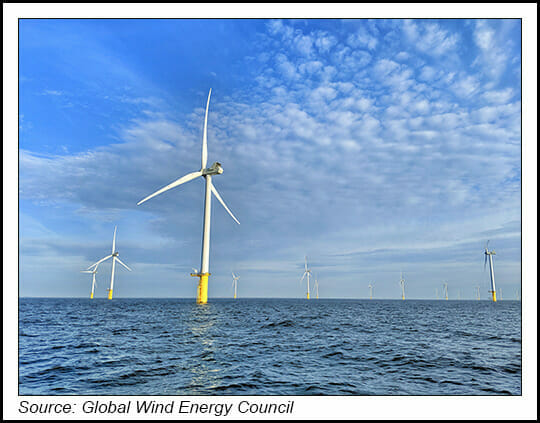 With “decades of offshore operating experience under highly technical and complex conditions” under its belt, the natural gas and oil industry’s move to provide guidance to the wind sector is a “natural progression,” said API’s Anchal Liddar, senior vice president of global industry services.

Applying “this expertise to the wind sector reinforces API’s leadership in developing standards to ensure safe and environmentally conscious operations across the broader energy industry.”

API and OOC plan to collaborate on recommended practices (RP) that would be put into API RP 75, the third edition of which is incorporated into regulations set by the Department of Interior’s (DOI) Bureau of Safety and Environmental Enforcement. The rules require offshore oil and gas operations to have their safety and environmental management systems audited by an independent firm.

OOC executive director Evan Zimmerman noted that the group’s “members wanted to build on the significant effort” in the API RP 75 “by a broad range of offshore safety management experts and develop a similar standard on safety management systems for offshore wind applications.”

Many standards for offshore natural gas and oil operations, including covering fixed offshore platforms, drilling operations, floating production systems and subsea equipment, could be applied to offshore wind operations, according to API.

Meanwhile, the Biden administration has added another 15 GW of floating offshore wind capacity by 2035 to its existing target of 30 GW of offshore wind by 2030. According to the White House, the initial goal is expected to be largely met with fixed-bottom wind, secured directly to the sea floor.

Only 100 MW of floating offshore wind has been deployed globally to date, compared with more than 50 GW of fixed-bottom offshore wind. In the United States, there is one floating wind project under development, New England Aqua Ventus I, which is an 11 MW collaborative project between the University of Maine and RWE Renewables.

To support the new capacity target, several executive agencies have partnered to participate in the U.S. Department of Energy (DOE) Energy Earthshot Initiative, the Floating Offshore Wind Shot. The goal by 2035 is to reduce the costs of required technologies by 70%, which would equate to a $45/MWh price tag.

Alongside the DOE and DOI, the Departments of Commerce and Transportation also plan to boost the domestic supply chain and transmission infrastructure needed to support both floating and fixed-bottom offshore wind, the White House said.

CEO Liz Burdock said the administration “took another critical step towards building a floating offshore wind industry by setting a national deployment goal and announcing an Energy Earthshot to drive down construction costs.

“Coupled with investments to further analyze transmission and port challenges, and commitments from four federal agencies to work together on these challenges,” Burdock noted that the initiatives could position the United States to be “the global leader in floating offshore wind.”

DOE also said it would make available more than $50 million from the Infrastructure Investment and Jobs Act (IIJA) to support research, development and demonstration projects. The funding falls into more than six individual programs, including two programs totaling $2.6 million, with one transmission analysis for the West Coast.

The DOE said its Pacific Northwest National Laboratory would conduct a literature review of California, Oregon and Washington transmission systems to identify research gaps in light of offshore wind integration to the West Coast.

The White House also highlighted the DOI’s Bureau of Ocean Energy Management intends to announce a lease auction off the coast of California before the end of the year. Last month, the Golden State adopted independent goals to install 2-5 GW of offshore wind by 2030, followed by a jump to 25 GW by 2045.