The Central United States will suffer below-normal temperatures through December, while above-normal temperatures are expected in the western and eastern thirds of the country, according to the latest forecast from Weather Services International (WSI). 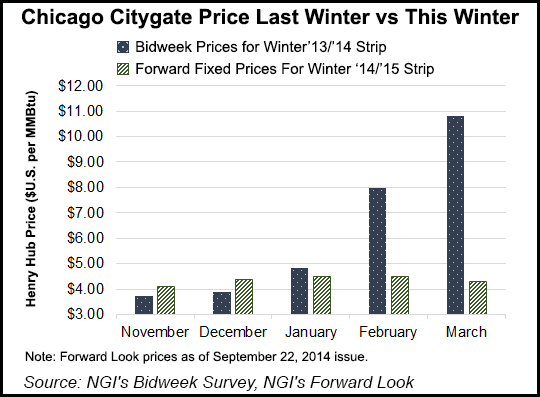 “The relatively cool pattern that has been commonplace over the last year in the U.S. has continued into September, with unusually cool temperatures observed across much of the northern U.S. Looking forward, the central U.S. appears to have the greatest risk of below-normal temperatures as we head into the fall season, with above-normal temperatures more likely on the coasts, especially the Pacific Coast, said WSI Chief Meteorologist Todd Crawford.

In October, WSI sees the monthly breakdown as:

“While it is still early, it currently appears that the greatest risk for cold weather will occur during the back half of the winter in the eastern U.S,” Crawford said. That means storage fill can continue strong through the end of the injection season.