In the United States, two more oil-directed rigs entered the hunt, according to the latest Baker Hughes Inc. rig count released Friday (Aug. 21). Meanwhile, oil prices dropped below $40/bbl for the first time since 2009. If companies are actually making money at these prices, then that darkens the outlook for price recovery, analysts warned. 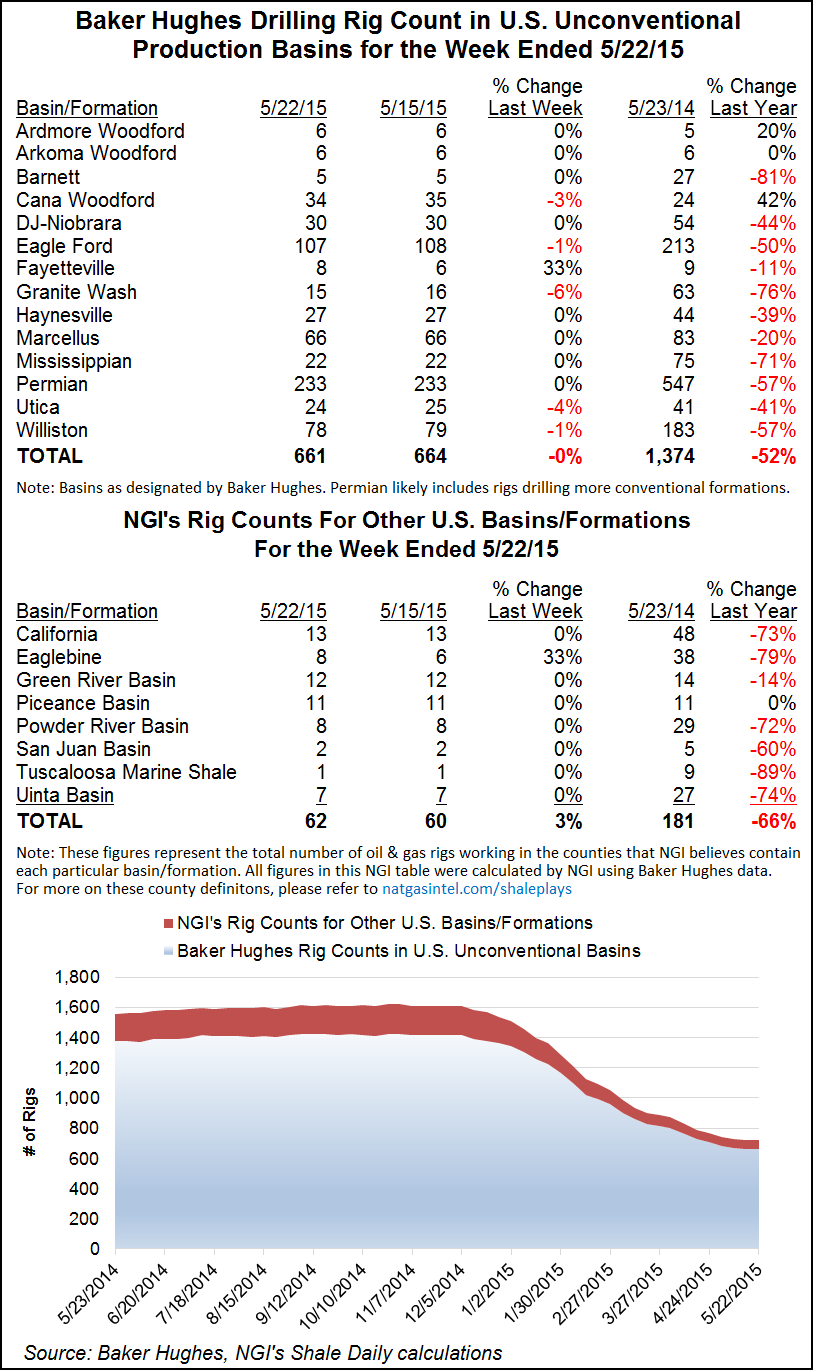 On Friday Wunderlich Securities Inc. published its thoughts on the recent Enercom Oil & Gas Conference in Denver. “About every company claims that they make money at these low oil prices but if true, then prices may stay low,” Wunderlich analysts wrote.

Assessing the Enercom buzz, Wunderlich said companies don’t “seem very concerned” about upcoming bank redeterminations of asset values, or about their 2016 plans for that matter. Companies are expecting only modest changes to borrowing bases, Wunderlich said, adding that redeterminations likely will be “more significant and could ultimately affect activity levels.

“With hedges rolling off, slimmer borrowing bases could constrain liquidity and hence 2016 capex, leading in turn to lower production.”

In a BTU Analytics commentary published Friday, Kathryn Downey Miller, a principal with the firm, wrote that “counting on significant production declines in U.S. crude oil production is a loser’s bet. But a pause in U.S. production growth should be enough to bring the global market back into balance in 2016.”

Private exploration and production companies might bring about that pause. These smaller companies are most reliant on bank debt, said analysts at Tudor, Pickering, Holt & Co. (TPH) in a Thursday note. Privates’ activity increased following the bump up in crude prices. “…[N]o reason to think that this incremental activity won’t be coming back down,” TPH said.

Maybe Texans got the memo as six rigs were lost overall in the Lone Star State, the most of any state. The liquids-rich Eagle Ford Shale lost two, as did the Permian Basin. However, in the oily Williston Basin, home of the Bakken Shale, three rigs were added.

Louisiana gained four rigs overall, the week’s biggest gainer. As of the latest count, the United States had 885 rigs running, an increase of one from the previous week. Canada had 208 rigs running after three oil-directed rigs packed it in since the previous count.