In the last Baker Hughes Inc. rig count of 2016, seven U.S. land-based rigs came back to service to end the year with 634 active; two departed offshore service to make for a net increase of five U.S. rigs from the previous week. That brought the year-end tally of U.S. actives to 658, which is 40 fewer than a year ago. 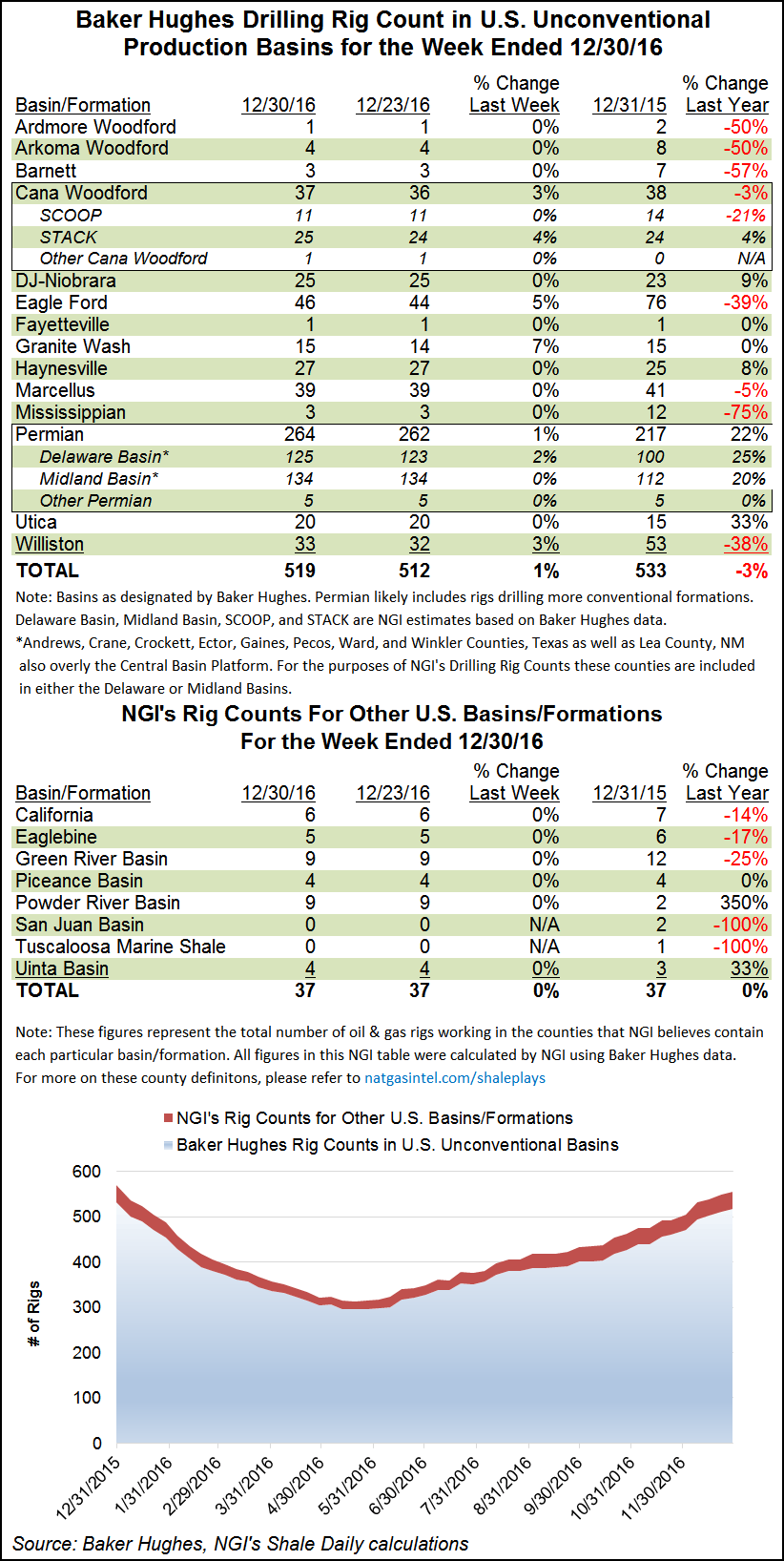 Two of the returning U.S. rigs were oil-directed, and the three others were gas units. Six horizontals and one vertical came back, partially offset by the departure of two directional units.

Texas led the states in gains, adding three rigs. The Eagle Ford Shale and Permian Basin led plays, with each adding two rigs. The Eagle Ford tally at year-end was down 30 from a year ago at 46 active. However, the Permian continued its hot streak, ending the year with 264 active rigs, up from 217 a year ago.

While things were relatively quiet in the United States, across the border in Canada, the number of active rigs fell like mercury in a thermometer caught in an Alberta Clipper. The seasonal decline saw the departure of 67 rigs to end the year at 157 active, still up quite a ways from the 83 running at year-end 2015. Fifty-four oil rigs and 13 natural gas rigs left service in Canada.

The Alberta count declined by 26% from a week ago. British Columbia was down 9%; Saskatchewan was down 62%, and Manitoba, having lost its only two rigs, was down 100%.

Overall, the North American count declined by 62 units to end the year at 815 rigs running, up 34 from the year-ago total.