Texas municipalities are prohibited from banning utility services based on energy sources, including the use of natural gas, under legislation signed into law by Gov. Greg Abbott. 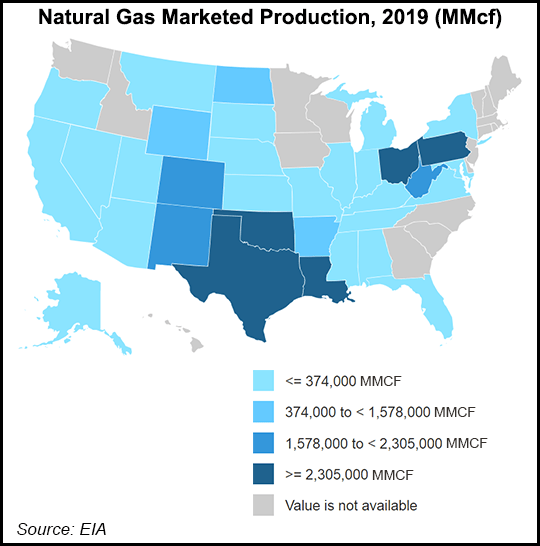 House Bill (HB) 17, which took effect Tuesday (May 18) with Abbott’s signature, would prevent cities and municipalities from discriminating against any particular utility service or infrastructure based on the type of energy being used.

The law was supported by the Texas Independent Producers and Royalty Owners Association, Texas Oil and Gas Association and Texas Pipeline Association.

According to the Texas House Research Organization, supporters said the bill ensures homeowners, builders and businesses have “the ability to decide how best to meet their energy needs. Some states and cities around the country have moved to ban natural gas in new residential and commercial construction.

“By prohibiting policies that would ban or discriminate against a single energy source…HB 17 would preserve customer choice and access to energy sources in Texas, including to affordable and reliable sources such as natural gas.”

Critics had argued the bill was “too broad and could have a chilling effect on programs that promote energy efficiency if the programs were interpreted as discriminating against a particular energy source,” House researchers said.

State Rep. Joe Deshotel (D-Beaumont) said he had sponsored the legislation initially in response to bans on new natural gas service enacted by West Coast municipalities. However, shortly after Winter Storm Uri led to a massive power outage across Texas during February, the bill gained momentum.

During a state House hearing on the bill, Deshotel said natural gas had “played an important part in helping a lot of people” who were able to use gas fireplaces and stoves during the blackout.

“I know in my own home, I was able to keep things going because we had a generator that kicked on and ran on natural gas,” Deshotel said.

Beyond the West Coast, other states are considering gas bans. For example, last June the Massachusetts attorney general called for an investigation into phasing out gas by 2050 following a series of explosions in the Merrimack Valley. New York City Mayor Bill de Blasio also has called for a ban on new gas service.