Texas state Rep. Phil King (R-Weatherford) has introduced two bills for the upcoming legislative session that target potential future anti-drilling/hydraulic fracturing (fracking) actions in the Lone Star State, such as what happened in the Barnett Shale town of Denton earlier this year. 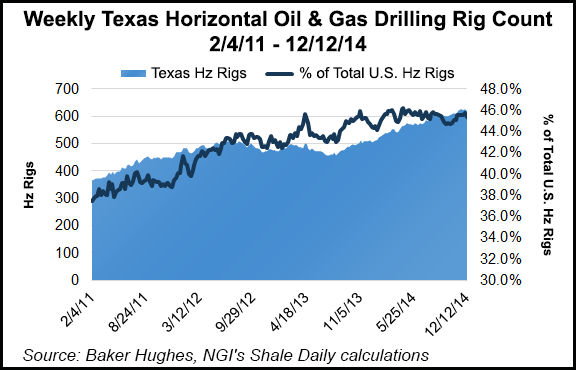 HB 539 aims to put municipalities on the hook for any tax and other revenues lost locally or to the state due to measures they enact that restrict oil and gas activity. But before a measure could take effect, the municipality would have to foot the cost of a fiscal note describing the measure’s economic impact as well as an education funding impact statement to be prepared by the state’s Legislative Budget Board.

A separate bill, HB 540, would require municipalities to check first with the state attorney general before putting before voters initiatives that would enact or repeal a municipal ordinance. The attorney general would then be charged with determining whether the proposed measure violates the state or federal constitutions or any state statutes.

In November, Denton residents voted overwhelmingly to ban fracking within the city limits. This effectively amounts to a ban on new wells as the Barnett Shale below the town requires fracking to make wells flow. Both the oil and gas industry and the state have mounted legal challenges to the ban, claiming that it is counter to state law and the Texas Constitution (see Shale Daily, Dec. 5; Nov. 5). At the time, King had said he would be introducing legislation intended to stop such actions by municipalities.

Noble Energy Inc. said Thursday the bulk of its shut-in U.S. oil and gas production would be brought back online in the coming weeks.  Noble, whose vast U.S. portfolio extends across Texas and Colorado, said its second quarter curtailments totaled 11,000 b/d of oil. But “significant improvements in operating costs and netback pricing” will allow…