Natural gas infrastructure considered “critical” by the state will be required to weatherize operations under rules approved Tuesday by the Railroad Commission of Texas (RRC). 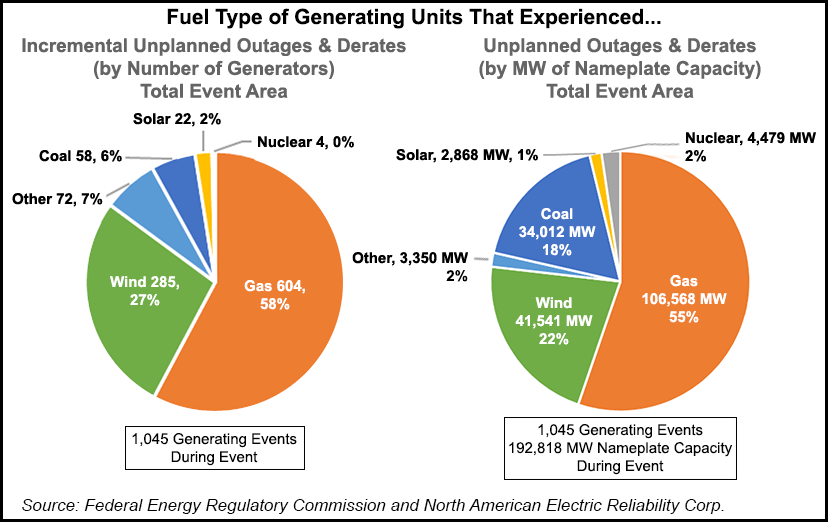 Objections by consumer and watchdog groups failed to sway the three-member commission, which enacted the rules unanimously.

Critics in comments sent to RRC and in person at the open meeting had implored the RRC to ensure utilities were forced to prepare for extreme weather events following Winter Storm Uri in February 2021. The severe freeze, which sent more than 30 GW of generation offline in Texas alone, lasted up to a week in some areas.

The rules were proposed by the RRC last fall, following passage of state Senate Bill 3. They were enacted as 16 Texas Administrative Code section 3.66, relating to Weather Emergency Preparedness Standards.

Before the rules were enacted, Commissioner Jim Wright said he understood the concerns by those criticizing the rules as too lax. However, “it is impossible to write rules or legislation to remove all risk or mandate normal operations,” he said.

“To envision every conceivable weather event and how it might impact the various parts of our system is not feasible…What we can do is ask those entities to look at their operations, identify potential vulnerabilities, and have plans and procedures to fortify their operations to avoid or minimize disruptions.”

The weatherization rules, which take effect Dec. 1, only apply to facilities designated as critical by the RRC. The facilities, which are on the state’s Electricity Supply Chain Map, include natural gas wells and oil leases producing casinghead gas, underground storage facilities and gas processing plants.

Natural gas pipelines that are on the Supply Chain Map and that directly serve electric generation are also subject to the rules.

Citing security concerns, the RRC did not make the Supply Chain Map public. Operators required to meet the weatherization rules would be notified directly by the RRC.

The RRC’s Critical Infrastructure Division inspectors, who are based in regional offices, would prioritize their reviews based on the wells and other infrastructure that produce, store, process or transport large volumes of natural gas. Inspections also would be prioritized in descending order, based on a facility’s production volumes, or the storage, processing or transportation capacity.

How much weatherization is required varies based on the facility. The rules include a table of recorded extreme low and high temperatures for each county, compiled by the Office of the Texas State Climatologist.

“These new rules ensure our state’s natural gas supply chain is prepared for extreme heat and freezing cold,” said RRC Chairman Wayne Christian. “These rules will ensure that the natural gas facilities Texans rely on for reliable energy are operational when we need it most.

“However, as Texas adds 1,000 new residents a day, the long-term solution to meeting our state’s energy needs must include building more reliable and affordable natural gas-fired electric generation. Our current facilities are prepared for the next weather emergency, but we must make sure there are enough of them to meet the energy demands of our growing state.”

The rules cover “a large group of types of facilities and infrastructure across regions of the state with different weather patterns and geography,” the RRC noted. “Operators will be required to weatherize facilities using weatherization methods applicable to the facility based on the type of facility, the facility’s critical components, the facility’s location, and weather data for the facility’s county or counties.”

Critical facilities would be required to conduct self-assessments and inspections. They also are required to test critical equipment and train personnel on weather emergency preparations.

Penalties for noncompliance range up to $1 million.

Texas Oil and Gas Association President Todd Staples in response cited reports by FERC and the North American Electric Reliability Corporation (NERC), which he said “concluded that fuel limitations were 12% to 15% of the reason for outages and derates of power generators during Winter Storm Uri.

A report issued by the Federal Energy Regulatory Commission and NERC in late 2021 found that Uri triggered the loss of 61,800 MW of power, with 1,045 generating units experiencing 4,124 “outages, derates or failures to start.”